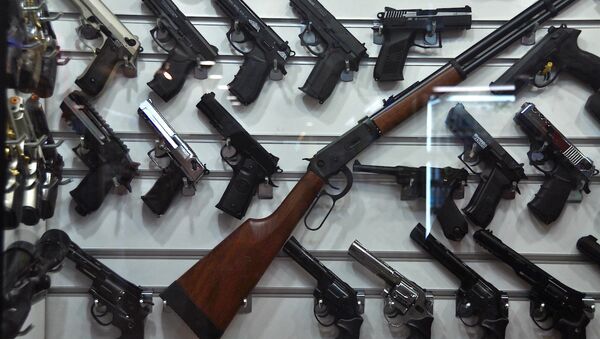 The prices for weapons on the black market have gone up twofold, and even threefold for certain munitions, after the terror attacks in Paris and Brussels in 2015-2016, local media reported Thursday citing the study of the Flemish Peace Institute.

BRUSSELS (Sputnik) – Kalashnikov rifles presently cost between 2,000 and 3,000 euros (between $2,300 and $3,500), whereas before the attacks the price for weapons of this type stood at 1,200 euros, La Libre Belgique newspaper said. Glock pistols now cost some 3,000 euros, which is triple the price from several years ago, according to the media.

'Not Sufficient': Despite Active Measures, Belgian Terror Threat Persists
The study also indicated that there has been a decrease in the delivery of illegal weapons to Brussels, something which can be attributed to the counterterrorism measures and threat of long-term imprisonment for selling weapons to terrorists.

Belgium is often referred to as Europe's main hub for illegal arms. The illicit arms trade is one of the most profitable spheres, with US Global Financial Integrity (GFI) charity organization estimating the global drug trafficking market worth $426 billion to $652 billion in 2014.

Over the past two years, the globe has witnessed multiple terror attacks, including on such European cities as Paris, Brussels, Nice, Berlin, London and Stockholm, among others. On November 13, 2015, three terrorist groups carried out attacks in French capital and its suburbs, killing 130 and injuring over 350 people. On March 22, 2016, explosions hit Brussels' airport and metro station, claiming the lives of 32 people and injuring at least 300 more.