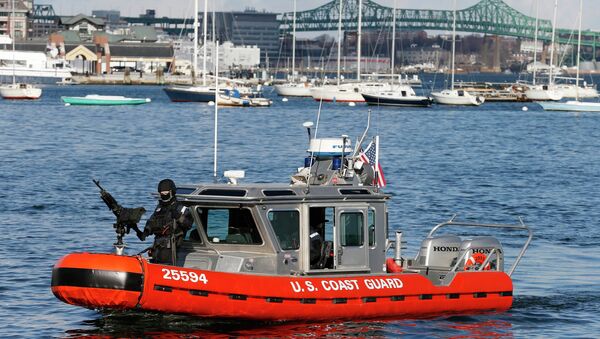 A US Navy pilot has been rescued by helicopter from the Atlantic Ocean about 20 nautical miles from Key West, a resort town in the US state of Florida, the Coast Guard announced in a press release on Wednesday.

WASHINGTON (Sputnik) — The Coast Guard was first notified that a Navy F-5N jet pilot was in the water and needed assistance eight minutes prior to diverting a helicopter to rescue him, the release said.

"The helicopter crew arrived on scene at 1:15 p.m., observed an emergency smoke signal and located the pilot in the water," the release stated. "The rescue crew hoisted the pilot from the water and brought him back to Lower Keys Medical Center in good condition."