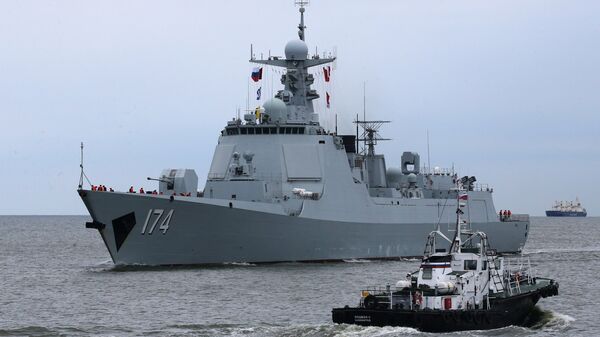 © Sputnik / Igor Zarembo
/
Go to the mediabank
Subscribe
International
India
Africa
After holding the first stage of the Joint Sea-2017 military drills in the Baltic Sea, Russian and Chinese navies have agreed to continue the exercises in Russia's Vladivostok in September.

"The Russian and Chinese sides agreed to hold the drills in the period from September 18-26, 2017, as stated in the protocol of the conference," Matveyev said.

Russia-China Drills in Baltic Sea Not Aimed Against Third Countries - Putin
Earlier in the day, a conference devoted to the preparation for the second stage of the Joint Sea-2017 military drills was held in Vladivostok in Russia's Far East. Within the conference, the Russian and Chinese sides discussed the composition of forces, supplies of ships and the districts where the drills will be held.