NATO's Genocide Facory: Not All Mass Atrocities Are Equal 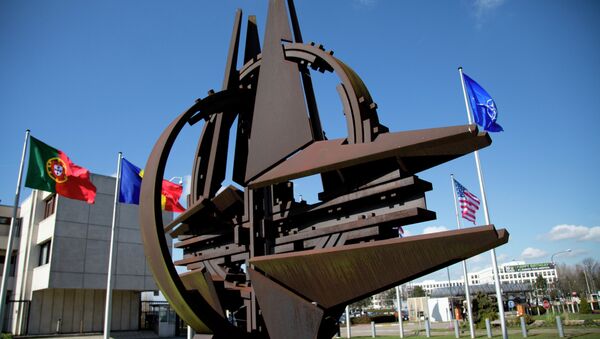 © AP Photo / Virginia Mayo
Subscribe
International
India
Africa
Jonathan Ferguson
All materials
The question of what is a 'Genocide' or 'Crime Against Humanity' is ultimately not a scientific question, but a question of power. The NATO Genocide Factory churns out a politically expedient historical mythology, in order to promote the ends of the Washington Empire.

I have a little bit of wry curiousity about whether many people in the UK would regard me, as a pro-truth critic of Washington's hegemonic Balkans narrative, as being somehow morally analogous to a Holocaust denialist.

Still, however this may be: I have to say, I enjoy bathing in the privileged middle class tears of Serbophobes! The same people who say the Serbs were somehow ‘worse’ than the Croats and the Albanians are normally the very same violent extremists of the Far Center who support humanitarian aggression in the Middle East and North Africa. This is generally not a coincidence!

Ultimately, the reasons I refuse the Globalist-Humanitarian jargon of ‘Crimes Against Humanity’ and Genocide are these:

US Strikes Against Civilians in Syria: 'Genocide' Which 'Strengthens Terrorism'
Only individual interests matter. Ethnicities and species (even the human species!) do not have interests, and are not appropriate objects of moral concern. Framing mass atrocities in terms of collective interests trivializes individual suffering, with all its sentimental, sanctimonious, diversionary cant about high-minded abstractions like ‘Humanity.’ Crimes Against Humanity and Genocide are incredibly subjective notions (you can research their legal definitions for yourself). They are no more objective and scientific than ‘blasphemy’ in Daesh, or ‘hate speech’ in Canada, or any other highly subjective diktats from an authoritarian country. To say X is a Crime Against Humanity or Genocide means Y isn’t. This kind of moral hierarchy is impossible to rationally justify. The suffering of those from mass atrocity Y is thus trivialized, diminished, and dismissed.

The Genocide Factory (i.e. the worldwide ‘Genocide Industry’ of manufacturing genocides for elite consumption) is intrinsically divisive, and causes an arms race between opportunistic, entitled victimhood peddlers, such as certain Armenian demagogues who recently connived their way into getting a gold star. Genocide and Crimes Against Humanity don’t need to be legitimate terms, either scientifically or morally speaking. They only need to be useful. The only reason this pompous intellectual jargon exists, is as a disciplinary mechanism for big powers. The moment an American or British leader became guilty of a ‘Genocide’ or ‘Crime Against Humanity,’ these terms would have outlived their usefulness. These terms are meant to be applied by the ‘civilized,’ against the savages.

Ultimately, just as the self-appointed ‘International Community’ in Washington identify their own interests with those of ‘Humanity,’ so also do they identify the Criminals Against Humanity as exterior enemies abroad, and their interior aiders and abettors at home. The moment terms like Crimes Against Humanity or Genocide became universally applicable, would be the very instant they would no longer be such a fetish for white supremacist/liberal interventionist/neoconservative politicians.

What is the robbing of a bank, compared to the founding of one?

What is a Crime Against Humanity, compared to a Crime For Humanity?

All true liberals, socialists and conservatives of good character and conscience must repudiate the historical mythography and dreamwork of the Washington Genocide Factory. The so-called 'International Community' cannot create truth of nothing; like the Lucifer of John Milton's Paradise Lost, they can only take what is good (historical truth) and pervert it, and distort it, and make a counterfeit version to suit their own demonic purposes.

Genocides are regarded by all moralists as equally deplorable, all ideologues as equally intellectually stimulating, and all cynical career politicos are equally useful.

How to respond to the modern-day legendary of the master mythologues, the present-day fashioners of childish dreams and fancies, is ultimately entirely at your own discretion.