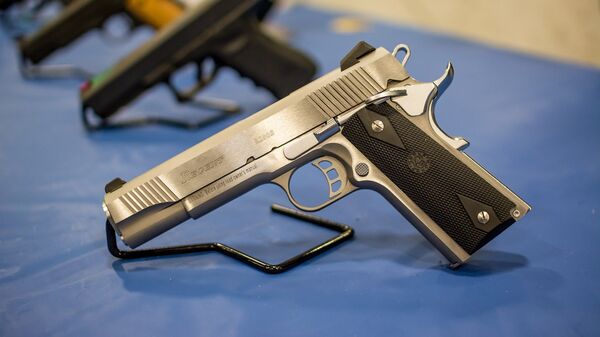 The Czech Republic filed a lawsuit against the decision of the European Parliament to introduce revisions of the EU firearms law in order to tighten control over firearms used by individuals in EU member states, local media reported Wednesday, citing the Czech Interior Ministry.

MOSCOW (Sputnik) — In March, the European Parliament approved the so-called “EU Gun Ban," a revision of the EU firearms directive of 1991, which restricted gun ownership in the EU member states. The amendments toughen the rules on the marking of firearms, improving the tractability of weapons used in criminal activities, as well as strengthen the rules for acquisition of dangerous firearms ans their possession by civilians. The Czech Republic had voted against the regulation and warned that it would challenge it in the European Court of Justice.

Down Under, Not the Wild West: Australia Collects Thousands of Guns in Amnesty
According to Radio Praha, the Czech authorities demanded that the European Court of Justice to admit the directive invalid and filed a complaint over the potential negative impact of the EU legislation.

In late June, the Czech Parliament's lower house voted for a bill, giving the citizens that legally own a gun the right to draw and use their weapon to maintain state security, taking into account the growing threat of terrorism.