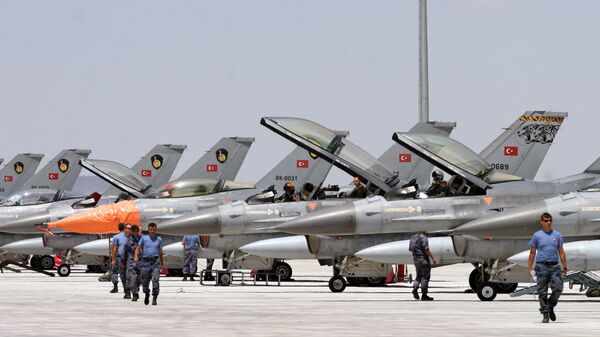 © AP Photo / Selcan Hacaoglu
Subscribe
International
India
Africa
Ankara has approved the visit of German lawmakers to a NATO base located in Turkey's Konya province, media reported Tuesday; the approval was issued a month after the trip had been postponed.

Germany Must Push NATO to Settle Issue With Konya Base in Turkey – Official
MOSCOW (Sputnik) – The visit to the Konya base has been tentatively scheduled for September 8, the German ARD broadcaster reported.

In mid-July, Turkey banned the Bundestag Defense Committee from conducting a visit to the NATO military base in Konya, where German military personnel are stationed. German government spokesman Steffen Seibert later explained that the visit was not canceled, but rather postponed to a later date. Also in July, NATO Secretary General Jens Stoltenberg unveiled a proposal to arrange a German delegation's visit within the alliance's framework.

The German broadcaster noted that the visit would not be headed by the Bundestag, but rather by the NATO Parliamentary Assembly. NATO Deputy Secretary General Rose Gottemoeller will accompany the delegation to the base, where a meeting with German soldiers will be conducted.