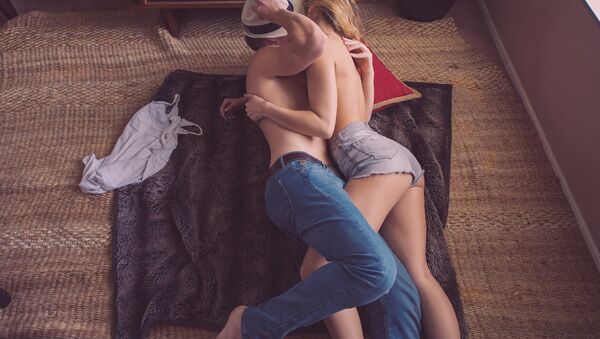 A police officer who spied on a couple having sex while in a helicopter, and filmed a naked sunbather, has been jailed for a year. Four other policemen who were in the same helicopter over the city of Sheffield were cleared last week.

PC Adrian Pogmore was described by the prosecution as "a swinging and sex-obsessed air observer" and his colleagues described him as the "team deviant."

Two South Yorkshire Police officers have been acquitted of misconduct in public office at Sheffield Crown Court. Here is our full statement. pic.twitter.com/EPnu8NoegM

​South Yorkshire Police officers Matthew Lucas, 42 and Lee Walls, 47, and pilots Matthew Loosemore, 45 and Malcolm Reeves, 64, were cleared of all charges after a three-week trial.

Italian Police Investigate Group Who Planned to Sell British Model on Dark Web
They had all pointed the finger at PC Pogmore, 50, who admitted four charges of misconduct in public office. They claimed they were unaware of what he was filming while he was in the helicopter with them.

While in a police helicopter, which was supposed to be hunting for criminals and aiding officers on the ground, Pogmore filmed a couple having sex on their patio in July 2008. He had also filmed a couple who were naked in their caravan on the same hot summer's day.

But one of the most serious incidents was him filming a woman who was sunbathing naked with her daughters in their own garden in August 2007.

Prosecutor Richard Wright QC said Pogmore used the high-tech camera on the £2 million (US$2.6 million) helicopter to zoom in on the woman's genitalia. Her teenage daughters and an eight-year-old girl were sunbathing in bikinis alongside her.

​Pogmore, from Rotherham, was understood to know the couple who he filmed having sex and they even waved to him at one point. But his other victims were unaware they were being filmed and told the police they felt their privacy had been invaded. The most recent video, taken in July 2012, showed a couple sunbathing naked at their home in Rotherham.

"The helicopter was not there on police business and had no legitimate reason to circle the property during which time the camera was used to record and zoom in on the couple and in particular the naked genitalia of the female," said Mr. Wright.

Judge Peter Kelson QC said what he had done had been a "complete and utter violation" of people's right to privacy and respect from an officer of the law.

"In short, you used a £2 million helicopter which costs something like £1,000 (US$1,300) an hour to run to advance your own sexual curiosities when it should have been detecting crime," said Judge Kelson.

"Instead of deterring and detecting crime, you were committing crime," he added.

The videos were not discovered until March 2015, when the tapes were found in a drawer Pogmore used at a police station. He was sacked by the force following an internal misconduct investigation.

"Notwithstanding today's verdicts concerning the four defendants who were acquitted, we will now continue with misconduct proceedings internally against the other South Yorkshire Police officers," said a spokesperson.