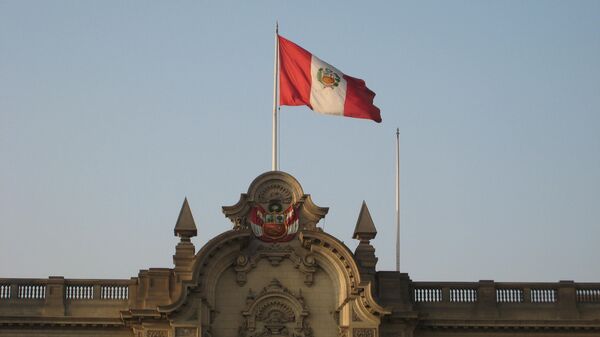 Peru to Host American Nations Meeting Over Venezuela's National Assembly Vote
MOSCOW (Sputnik) — The judiciary submitted the case file with all related documents to the International Cooperation Unit and INTERPOL-Lima, according to the Peruvian Andina news agency. The media outlet added that the request met the requirements of the Peru-US Extradition Treaty since the offense was punishable in both Peru and United States and was non-expiry.

Toledo is believed to be hiding in the United States and is wanted in Peru on charges of corruption and money laundering. The former president allegedly colluded with former Brazil's Odebrecht company representative in Peru Jorge Simoes Baratam, receiving a $20-million bribe for favoring the Brazilian company in a tender to build the Peru-Brazil Interoceanic Highway. The Peruvian Prosecutor's Office also claims that $9 million out of the bribe were paid through offshore firms, linked to Toledo's friend and Israeli businessman Josef Maiman Rapaport.