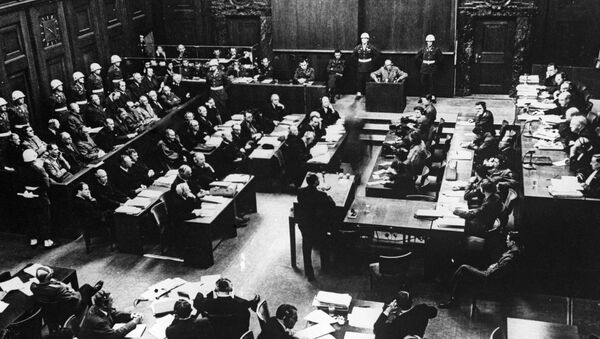 On August 8 in 1945, the London Charter was signed by France, the UK, US and Soviet Union, establishing the laws and procedures for the Nuremberg trials. The trials established several key principles for waging war, and classified a variety of actions as war crimes. Since, not every participant has seemingly been able to abide by the rules.

The Charter of the International Military Tribunal (usually referred to as the Nuremberg Charter or London Charter) was a decree that set down laws and procedures by which the Nuremberg trials, which sought to prosecute and ultimately punish major war criminals in the ranks of the European Axis powers, would be conducted.

Controversial at the time in some quarters, the Nuremberg trials are now regarded as a milestone toward the establishment of a permanent international court, and an important precedent for dealing with later instances of genocide and other crimes against humanity. 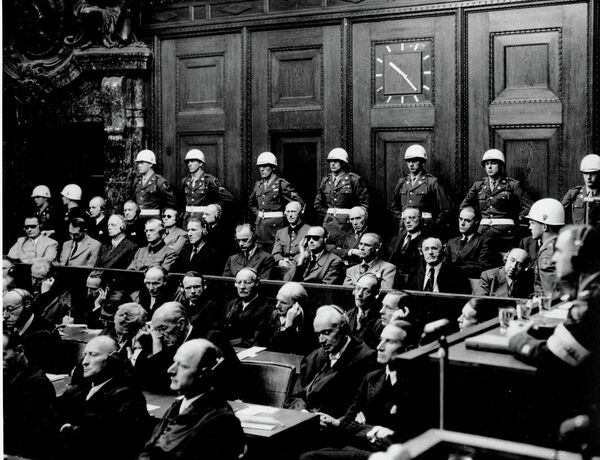 In this Sept. 30, 1946 b/w file picture defendants hear parts of the verdict in the Palace of Justice at the Nuremberg War Crimes Trial in Germany on Sept. 30, 1946
© AP Photo / Eddie Worth

Previously, trials of this type were strictly national affairs, such as that of US Confederate army officer Henry Wirz for maltreatment of Union prisoners during the American Civil War, or Turkish soldiers responsible for the Armenian genocide. Nuremberg would be the first time alleged war criminals were tried according to international standards drawn up the world's leading powers, drawn from a variety of different legal traditions and practices.

The findings at the subsequent trials were pivotally formative in the 1948 United Nations Genocide Convention and Universal Declaration of Human Rights, as well as the 1949 Geneva Convention on the Laws and Customs of War.

One of the key principles established at Nuremberg was that of "wars of aggression."

"To initiate a war of aggression, therefore, is not only an international crime. It is the supreme international crime differing only from other war crimes in that it contains within itself the accumulated evil of the whole," it states.

Moreover, the trial-inspired UN Charter spells out conditions that must apply if a war is to have legal justification.

"The parties to any dispute, the continuance of which is likely to endanger the maintenance of international peace and security, shall, first of all, seek a solution by negotiation, enquiry, mediation, conciliation, arbitration, judicial settlement, resort to regional agencies or arrangements, or other peaceful means of their own choice," it says.

The principle has been much cited by critics of the 2003 Iraq War, and invoked by individuals seeking legal actions against members of the then-ruling UK and US governments for their role in waging it.

Benjamin B. Ferencz, one of the US' chief prosecutors at the trials, stated in 2006 that then-President George W. Bush was guilty of waging an illegal war of aggression against a sovereign nation.

"The US was impatient, and decided to invade Iraq— which was all pre-arranged of course. So, the United States went to war, in violation of the charter," Ferencz said. 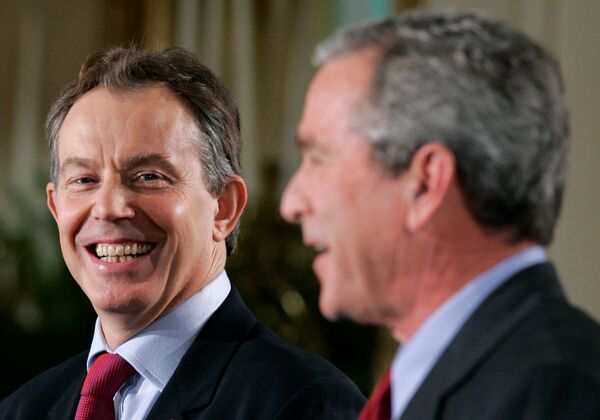 In support of his view, Ferencz quoted the resignation letter of the Deputy Legal Adviser Elizabeth Wilmshurst to the UK Foreign Ministry, who left her post before the war started.

"I regret that I cannot agree that it is lawful to use force against Iraq without a second Security Council resolution to revive the authorization given in SCR 678. I do not need to set out my reasoning; you are aware of it. I cannot in conscience go along with advice — within the Office or to the public or Parliament — which asserts the legitimacy of military action without such a resolution, particularly since an unlawful use of force on such a scale amounts to the crime of aggression; nor can I agree with such action in circumstances which are so detrimental to the international order and the rule of law," Wilmshurst said.

The invasion of Iraq was neither in self-defense against an armed attack, nor sanctioned by a UN Security Council resolution, and thus arguably constituted a "war of aggression" according to the Nuremberg principles.

Nonetheless, in July 2017, the UK High Court blocked a bid by former chief of staff of the Iraqi army, General Abdul Wahed Shannan Al Rabbat, to bring a private criminal prosecution against Tony Blair over the war, as well as then-Foreign Secretary Jack Straw and Attorney General Lord Goldsmith.

The case was thrown out on the basis UK national laws did not forbid crimes of aggression, and upheld a former ruling by then-Attorney General Jeremy Wright that government ministers were immune from prosecution.

In the first instance, that stance was directly contradicted a fortnight before the invasion by Lord Goldsmith himself, who acknowledged wars of aggression were a crime "under customary international law" which "automatically" forms part of domestic law in every country in the world.

In the second, Article 8 of the London Charter stated holding an official position was no defense to war crimes charges.

While the Nuremberg trials' precedents proved invaluable in subsequent actions such as the Tokyo tribunals of the late 1940s, the 1961 trial of Nazi leader Adolf Eichmann and the International Criminal Tribunal for Rwanda, evidently they do not apply in all cases.