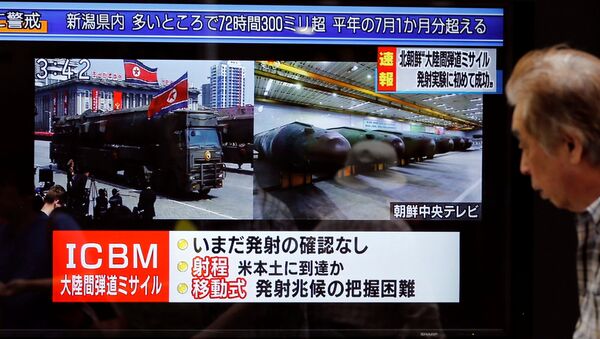 North Korea made progress in its nuclear program since the first test in 2016, Japanese Defense Ministry said on Tuesday in its annual white paper.

Japan to Closely Follow Russian Military’s Actions on Southern Kurils
MOSCOW (Sputnik) — "Given, particularly, five tests of nuclear weapons [since 2006], it can be concluded that the nuclear program [of North Korea] has made significant progress," the white paper said.

According to the paper, Pyongyang could have already managed to develop technology needed to construct smaller nuclear warheads to arm is missiles.

North Korean missile tests could be aimed at increasing the range of missiles, their precision and handling, the ministry added.

The white paper was written before Pyongyang carried out it two latest missile launches on July 4 and July 28, respectively. According to the state-run Korean Central News Agency (KCNA), the second test was successful.