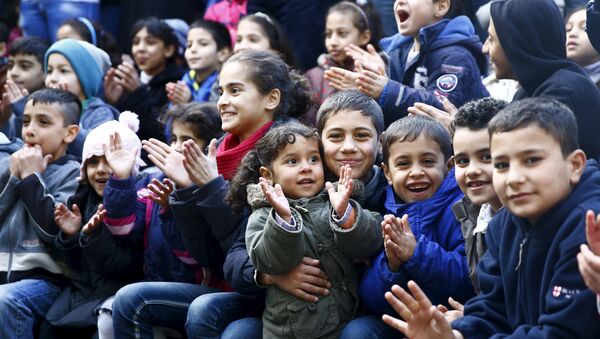 The threat of lawsuits against a US program that allows residency for children brought to the country illegally has prompted a request for documents detailing coordination between federal and local immigration officials, the American Civil Liberties Organization (ACLU) announced in a press release on Monday.

US Federal Judge Halts Deportation of Over 100 Iraqis - ACLU
WASHINGTON (Sputnik) — At issue is the Deferred Action for Childhood Arrivals (DACA) program initiated in an executive order by former President Barack Obama.

"The American public, which strongly supports DACA, has a right to know about coordinated attempts by government officials to force the end of this constitutional and popular program," ACLU Director of Immigration Policy Lorella Praeli stated in the release.

Opponents, including Texas Attorney General Ken Paxton, claim that Obama’s executive order is unconstitutional because the measure unilaterally changed US immigration law, while the Constitution grants authority to make laws exclusively to Congress and not the president.

The release said the ACLU action was in response to a threat by Paxton to challenge the DACA policy in court.

The ACLU argued in the release that state and local governments have colluded with the Department of Justice and Attorney General Jeff Sessions to eliminate DACA.

During his 2016 campaign, President Donald Trump promised that once in office, he would terminate Obama’s executive actions on immigration that were initiated without congressional approval.