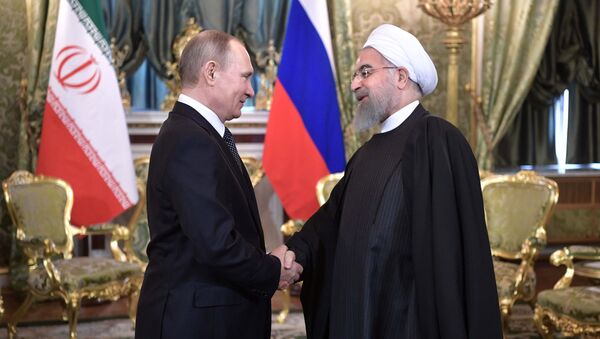 Russia and Iran agreed to strengthen the military, technical and technological cooperation after new US sanctions.

Russian Deputy Prime Minister Rogozin will discuss arms supply with Iranian Defense Minister Hossein Dehghan in Tehran on Saturday, as the countries tentatively agreed to strengthen military and technical and technological cooperation after new US sanctions, a source in Rogozin’s office said.

Rogozin is set to visit Iran on Saturday to lead the Russian delegation to the inauguration ceremony of re-elected Iranian President Hassan Rouhani.

"Rogozin will meet with Iranian Defense Minister Hossein Dehghan to discuss several matters, including new supplies of Russian arms," the source said, adding that the parties "have reached a tentative agreement to increase military and technical and technological cooperation after both countries have been included to the sanctions list."

The source added that the Russian delegation will work on the possibility of signing new deals.

Apart from that, the Deputy Prime Minister is expected to meet with Iranian Vice President for Science and Technology Sorena Sattari to discuss the transfer of advanced technologies and training of Iranian specialists in Russia.