This is How Three Years of Western Sanctions Affect Russia 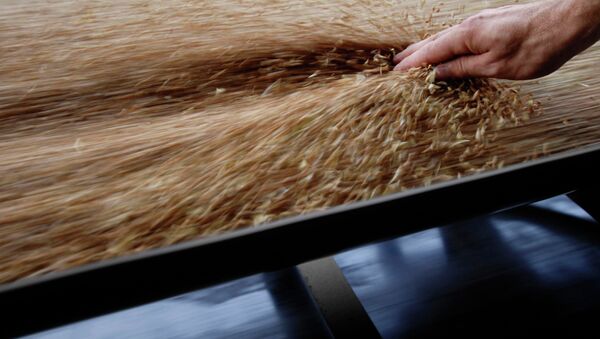 The three-year-old ban on certain food imports to Russia has breathed new vigor into the country’s farming sector, which has notably increased its share in the national economy.

On August 6, 2014, President Vladimir Putin issued a decree banning the import of meat, sausages, fish, seafood, fruits, vegetables and dairy products from the EU countries, Canada, Australia and Norway, which had earlier imposed sanctions against Russia.

After a brief rise in the cost of food, the prices stabilized as domestic producers and other foreign suppliers kicked in to fill the void.

"We have seen a clear growth in food processing and agricultural output, primarily in the meat and dairy sectors. There is also a jump in greenhouse production. All this is adding to the country’s food security,” Rosbank analyst Yevgeny Koshelev told Sputnik.

Since January, the production of greenhouse vegetables in Russia has reached 507,000 tons, which is 19.8 percent more compared to the same period of last year, he added.

Austria ‘Pained’ by Russia’s Growing Self-Sufficiency in Agriculture
Still, despite the notable growth in agricultural production of the past few years, its share in the country’s GDP remains comparatively small ranging from 2.5 to 4 percent.

"Agriculture cannot be the only driver of economic growth. We need additional sectors to make the modernization breakthrough Russia needs so much,” Valdai Club’s program director Yaroslav Lisovolik noted.

Russia’s growing agricultural output could become a driver for the government’s effort to diversify Russian exports. Russia has already notably jacked up its grain exports and the profits from agricultural exports now exceed those of Russian arms sales abroad.

"Russia has everything it needs to become one of the world’s leading food producers,” Nikita Maslennikov, an expert at the Institute of Modern Development, said.

He added that Russia was now looking for new markets, above all in Asia and the Pacific.

“Asia is the fastest-growing market around, that’s why we need to sell as much food there as we possibly can, above all soy beans, poultry meat and pork,” Maslennikov added.

Russia is now in talks with China to export meat, buckwheat and sunflower and also ramp up the sale of grain to the People’s Republic.

Despite the positive results of the three-year-old food embargo, experts underscore the need for better financing of the country’s farming sector, including loans and insurance.

Russia May Supply About 300,000 Tonnes of Grain to Turkey by End of Season
“In agriculture, just like in any other economic sector, we see problems, such as bad weather and others, which are preventing its further growth,” Maslennikov said.

"The Agricultural Bank is running out of money to ensure stable financing for our agrarians and this is a serious problem,” he added.

He also pointed to problems with infrastructure and the need to modernize existing grain elevators and food processing enterprises, which need additional funding.

"Restrictions cut both ways. On the one hand, they can offer a certain niche you can work in. On the other, they can make you complacent and unwilling to do better,” Yaroslav Lisovolik warned.

The European Union and the Unites States imposed sanctions on Russia in 2014 over its alleged involvement in the Ukrainian conflict and Crimea's reunification with Russia, extending them several times.