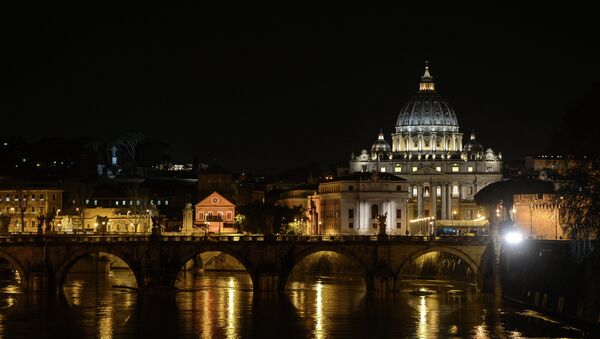 The Vatican called on the Venezuelan government to refrain from convening the Constituent Assembly as it was escalating the crisis in the Latin American country, the Holy See Press Office said Friday.

VATICAN (Sputnik) – The press office also expressed deep concerns over the deterioration of the crisis in Venezuela and noted that Pope Francis was following very closely the developments in Venezuela.

"The Holy See asks that all political actors, and in particular the government, guarantee full respect for human rights and fundamental freedoms, as well as for the existing Constitution; avoid or suspend ongoing initiatives such as the new Constituent which, instead of favouring reconciliation and peace, foments a climate of tension and confrontation and puts the future at stake," the press office said.

The Constituent Assembly was elected Sunday to rewrite the constitution of the country, which has been mired in deadly protests for four months. Venezuelan opposition, as well as the European Union and the United States, among other countries, refuse to recognize its legitimacy.

On Wednesday, the Smartmatic company which provided electronic voting technology for elections in Venezuela said that the results of last week's Constituent Assembly vote were manipulated. On Thursday, two prosecutors were appointed to investigate the allegations.