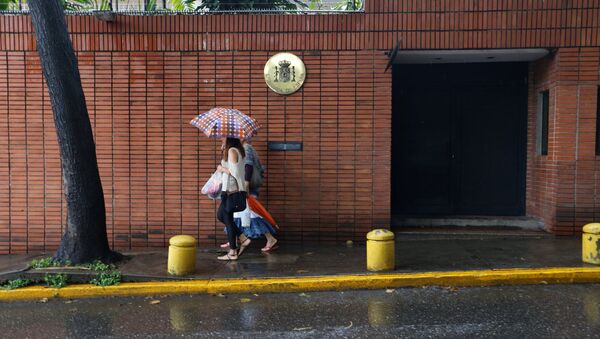 The Spanish Foreign Ministry said Friday that it considers the attack on the country’s embassy in the Venezuelan capital of Caracas insignificant amid long-lasting protests against Venezuela's government and the recently elected Constituent Assembly.

"This is about a minor incident: two people riding mopeds threw three ‘Molotov cocktails’ at the building, only one bottle exploded," the ministry said, noting that nobody was injured in the incident.

On Monday, Madrid stated that it did not recognize the legitimacy of Venezuela's Constituent Assembly, elected last weekend to rewrite the constitution of the country, being mired in deadly protests for four months.

On Wednesday, the Smartmatic company which provided electronic voting technology for elections in Venezuela said that the results of last week's Constituent Assembly vote were manipulated, and the actual turnout might differ by at least one million. On Thursday, two prosecutors were appointed to investigate the allegations.