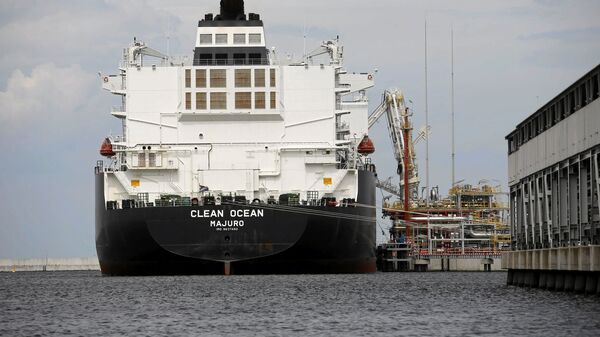 © REUTERS / Agencja Gazata/Cezary Aszkielowicz
Subscribe
International
India
Africa
The newly imposed US sanctions against Russia are meant to turn the United States into a world monopolist in energy trade, Vice-Chair of the European Parliament’s Committee on Industry, Research and Energy Jaromir Kohlicek told Sputnik on Friday.

The bill also stressed that the United States would continue to oppose the construction of the Nord Stream 2 natural gas pipeline. The law also limits the US president's ability to ease any sanctions on Russia by requiring Congressional approval to lift any restrictions.

"It is clear that this planned and desired by US government state of energy supplies would undermine the independency of the EU states and will enable the US government to become number one in the world energy market with very negative economic and politic consequences," Kohlicek, from the Czech Republic's Communist Party of Bohemia and Moravia, said.

He added that the US sanctions targeting Russian energy sector also mean a dramatic rise in consumer prices, which is the reason behind negative reaction to the restrictions by many countries, as well as by the European Union.

EU Unlikely to Stand Against US Sanctions on Russia Despite Economic Risks
The bill has been criticized by the European Union, particularly due to the concerns that the new sanctions will impact its economic interests, especially its energy cooperation with Russia. France and Germany have spoken out against the bill as it affects European industries while advancing US commercial interests.