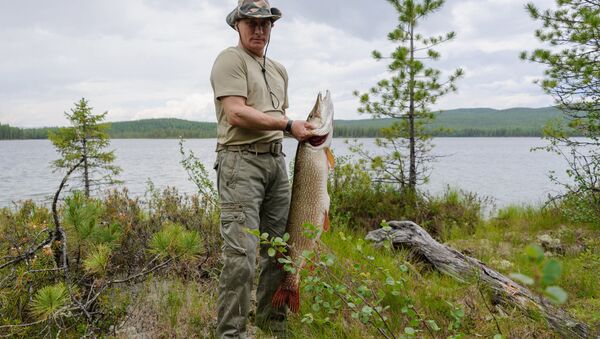 Kremlin spokesman Dmitry Peskov said on Thursday that Russian President Vladimir Putin had a successful fishing trip in South Siberia, which proved to be more exciting than his previous fishing experience.

During a two-day stop in South Siberia, Vladimir Putin was "chasing" a giant pike for two hours, but finally managed to catch it, Dmitry Peskov told reporters.

"The president had a nice spearfishing trip. He was chasing a pike for two hours, could not shoot it, but at the end he made it," Peskov said.

The Kremlin spokesman also said he does not know precisely whether Putin caught more fish than in 2013, when the president managed to catch a 21-kilogram pike from Lake Dokpak-Khol in the southeastern Russian Republic of Tuva. 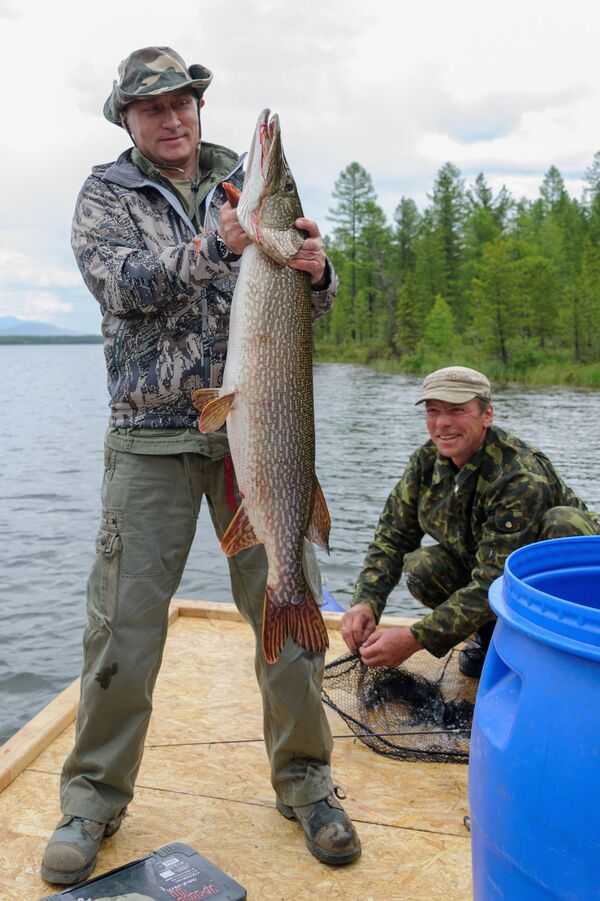 "I don't know, I think no [more than in 2013]. But it was even more exciting than before, we will tell about that," Peskov added.

On Thursday, the Russian president held a meeting in the city of Blagoveshchensk on the implementation of investment projects in the Far East Federal District. According to Peskov, Putin briefly went fishing in the boreal forests of South Siberia before the meeting. 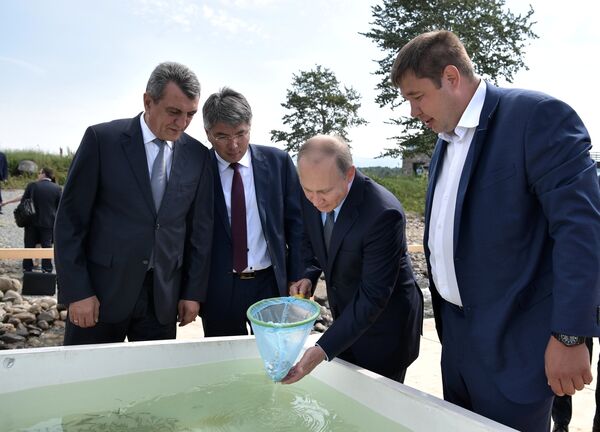 During his trip, Russian President Vladimir Putin also took part in the ceremony of releasing tens of thousands of young Baikal omul fry into the lake. The ceremony regularly takes place in the context of the efforts to restore and maintain the biodiversity of Lake Baikal.