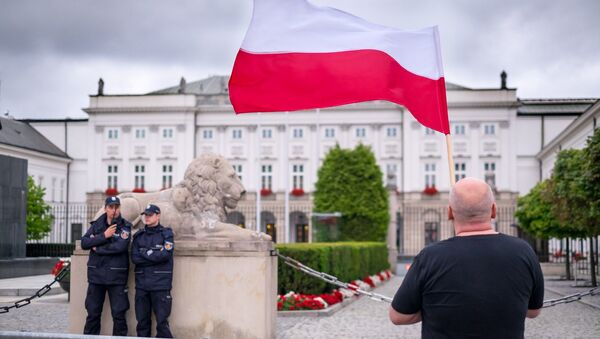 Each year, non-EU member Norway allocates billions in aid to EU countries as part of the EEA Agreement, which is regarded as a "membership fee" for a trade agreement. However, suspicions of misuse of Norwegian funds in Poland have sparked a debate on the sustainability of this system.

From Guest Workers to Largest Minority: Polish is the New Norwegian
Over the last 15 years, Norway has donated a total of 15 billion NOK ($2 billion) to a total of 16 countries in Europe. The sums are intended to bolster civil society, improve the environment and healthcare. Poland is the largest recipient of EEA funds from Norway and is looking forward to receive an extra 7.5 billion NOK ($1 billion) by 2021.

Recently, however, many in Norway have argued that the country should reassess its support due to the recent political developments in the East European country, which many Norwegians find disturbing. Another issue is the insufficient transparency around how the Norwegian help is being spent.

The Norwegian daily Dagbladet recently drew attention to a number of cases where Norwegian money was clearly embezzled, including the case of Piotr Czubinski, who was sentenced to three years in prison for, among other things, appropriating Norwegian EEA money. In the capacity of a Polish-Ukrainian center, established near the Ukrainian border with Norwegian money, Czubinski reportedly extorted 50 percent of the employees' salary. Even some of the hired lecturers had to cede a percentage of their fee to the director. The center, which never reached its potential despite lofty promises, has since been used for after-school activities.

"It is a very intricate system. It's called nepotism and is found throughout Poland and is deeply rooted in the Polish community," choreographer and dancer Jacek Luminski told Dagbladet, warning Norwegians against being naïve.

All Stubs and No Money: Norway to Reconsider Its Aid to Amazon Rainforest
Luminski, who is one Poland's most famous dancers and directors, was himself implicated in a major fraud scandal with Norwegian money. The Silesian Dance Theater, which Luminski founded in the city of Bytom, received Norwegian support for the artistic exchange project Dance Bridge, yet was closed down in the aftermath of an accounting scandal. Luminski's theater was accused of stealing Norwegian money, as well as forging invoices and signatures.

"I did not take the money. It was someone else who did, but they did not believe me," Luminski told Dagbladet.

According to Dagbladet, the Norwegian authorities have been trying to hush similar stories of embezzlement. Dagbladet also contacted the Financial Mechanism Office (FMO), which is responsible for EEA funds and reports to donors in Norway, Iceland and Lichtenstein, yet was refused any details under the pretext that the information could "harm commercial interests or persons involved."

Labor Party leader Jonas Gahr Støre said a reassessment of the Norwegian aid scheme could land on the agenda if his party wins the upcoming election this fall.

"Norway simply cannot have large funds transferred to receiving countries on autopilot. We cannot sustain such aid, not least in Europe," Jonas Gahr Støre told the Norwegian economic daily Dagens Næringsliv. "We must be very clear in conveying this to Polish leaders," he added.

Failing in a Failed State: Costly Norwegian Grandstanding in Somalia Goes Flop
One of the reasons for Støre's skepticism is the reforms gradually implemented by the populist and Christian Conservative Law and Justice Party (PiS) after coming to power in 2015. This includes a court reform, which may lead to Poland's Supreme Court effectively being subjected to political control, which according to Støre will undermine the rule of law in the country. Støre went as far as to call this problem a "challenge for the EU's identity."

Another problem is that Poland seeks political control over Norway's aid directed at enouraging civil society, which Oslo has steadfastly refused. Norway's requirement is that the funds shall be managed by an operator independent of the authorities, selected through an open tender.