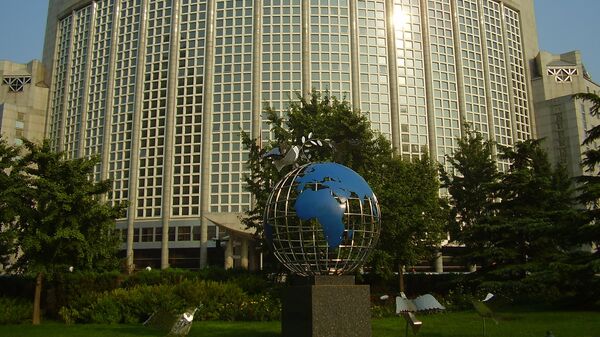 China strongly opposes any unilateral sanctions imposed by any country, conserning those recently enacted by the United States, the Chinese Foreign Ministry said in a statement.

European Businesses Association Opposes US Sanctions Against Russia
BEIJING (Sputnik) — China is against any unilateral sanctions imposed by any country, including those recently enacted by the United States, which stipulate tougher restrictive measures against Russia, Iran and North Korea, the Chinese Foreign Ministry said in a statement.

"The Chinese side has always opposed the use of unilateral sanctions, we believe that the dispute settlement arising between different countries should be implemented on the basis of mutual respect through an appropriate, fair dialogue," the statement seen by Sputnik said.

On Wednesday, US President Donald Trump signed into law a new batch of sanctions on Pyongyang, Tehran, and Moscow. The sanctions target Russia's defense, intelligence, mining, shipping and railway industries and restricts dealings with Russian banks and energy companies. The law also limits the US president's ability to ease any sanctions on Russia by requiring Congress' approval to lift any restrictions.

At the same time, Trump released a statement criticizing a number of bill's provisions.