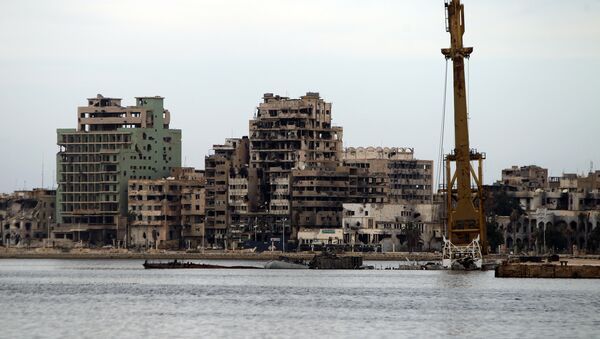 The head of the Russian contact group on intra-Libyan settlement said that currently, there are no Russian military specialists serving in Libya as well as no people from Russia or other post-Soviet countries fighting alongside militants.

MOSCOW (Sputnik) — Currently, there are no Russian military specialists serving in Libya as well as no people from Russia or other post-Soviet countries fighting alongside militants, Lev Dengov, the head of the Russian contact group on intra-Libyan settlement, said on Thursday.

"There are no Russian military specialists in Libya. All talks and publications on the matter are not true," Dengov told Russia's Kommersant newspaper.

Dengov added that the contact group was created at the initiative of the Russian Foreign Ministry and the lower house of the Russian parliament and was supervised by Deputy Foreign Minister Mikhail Bogdanov and State Duma member Adam Delimkhanov. Its task is to analyze the situation in Libya, identify key actors and players and engage in dialogue with all parties to the conflict.

Africa
Why Libyan Ceasefire Deal 'Looks Great on Paper but Not 'Too Much on the Ground'
The contact group's leader also pointed out that there were no people from Russia or other former Soviet states fighting in the country alongside militants.

"I met with a representative of the Libyan committee for state security who said that today there were no people coming from Russia and other countries of the former Soviet Union," Dengov noted.

Libya has been in a state of civil war since its longtime leader Muammar Gaddafi was overthrown in 2011. The UN-backed Government of National Accord operates in the country's west and is headquartered in Tripoli. The eastern part of the country is governed by its parliament, with headquarters in the city of Tobruk. The parliament is backed by the Libyan National Army headed by Khalifa Haftar.