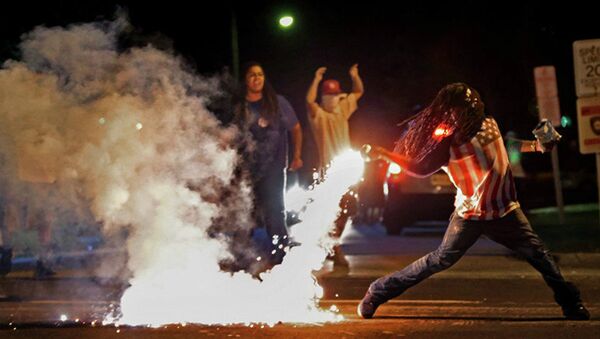 High ranking officials from the NAACP signed a resolution issuing a “travel advisory” for people of color, people with disabilities, women and the LGBTQ community regarding travel to Missouri, saying that they "may not be safe," and should "travel with extreme caution" while in the state.

The measure was voted on Wednesday by NAACP national delegates. Marla Marantz, who helped draft a version of the warning, clarified that "It is not a boycott."

Cheryl Clay, president of the Springfield, Missouri, NAACP, sent an email to the News Leader explaining that the measure was made based on "Our ongoing issues of racial profiling, discrimination, harassment and excess violence towards people of color have been further exacerbated by the passage and signing of (Senate Bill) 43."

The bill Clay is referring to was signed on June 30 by  Gov. Eric Greitens and alters the Missouri Human Rights Act, making it more difficult to sue for employment or housing discrimination.

Clay wrote that the bill "rolls back civil rights protections for employees and whistleblowers," and "makes it nearly impossible to file and win a discrimination lawsuit."

Earlier this year, Missouri NAACP President Nimrod "Rod" Chapel gave testimony on the House version of the bill, calling it "nothing but Jim Crow,"  prompting the committee chair to shut off his microphone.

The advisory leveled a number of accusations at Missouri, including "Racial and ethnic disparities in Education, Health, Economic Empowerment, and Criminal Justice," and highlighting a state lawmaker arguing in May that there is "distinction between homosexuality and just being a human being."

The advocacy group says the state has a "long history" of "violent and dehumanizing" discrimination dating back to the Missouri Compromise of 1819 where the state was admitted into the Union as a "slave state" by the US Congress.

St. Louis-based activist and musician Rev. Osagyefo Sekou told Sputnik that such an advisory is necessary because "Missouri is the new Mississippi," in that the "vitriol and hatred" associated with Mississippi during the Civil Rights Era now applies to Missouri in the 21st Century.

Sekou said that Missouri could have taken the opportunity to seriously address its deep systemic issues following the massive reaction to the police shooting death of 18-year-old Michael Brown in 2014, but "Instead of answering the wake up call of the Ferguson uprising, [Missouri] seems to have fallen into a deeper slumber."

He pointed out that Missouri "remains at the bottom of every social indicator," for both whites and African Americans, and said the fact that the state places restrictions on reproductive rights, doesn’t support "a decent and living wage" for its workers and enforces discriminatory voter ID laws is why it "remains a backwards place."

"The Ferguson Uprising gave Missouri the opportunity to be a different kind of state," he told Sputnik, but instead the government has "dug their heels in and have in fact moved us backwards."

The NAACP adopted the advisory on the state level in June, and in October the organization’s national board will decide whether the measure is ratified.