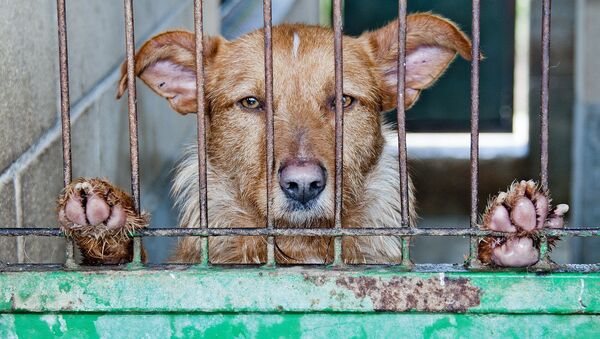 An animal activist in Southwest China's Sichuan Province was detained for posing as a policeman driving a fake squad car while chasing a truck carrying dogs on Monday, media reported on Wednesday.

Police in Sichuan eventually stopped the truck, but not before pulling over the imposter, surnamed Xie, and his passenger.

Xie and his companion tried to intercept the truck shortly before being pulled over.

He said he dressed up as a policeman because he was afraid of confronting the truck driver.

Xie and his companion were detained, with each fined 2,000 yuan ($320) for impersonating police officers.

Police and other activists eventually rescued the 108 dogs in the truck, Chengdu Business Daily reported.

The dogs have been temporarily placed in a nearby farm, the report said.

"Because there's no law to protect regular animals, it is difficult for us to find a legitimate reason to stop dog or cat vendors," an animal activist surnamed Sun told the Global Times on Wednesday.

Sun also urged the government to push for an animal welfare law, and suggested that animal activists should seek government or police help instead of taking matters in their own hands.

This article was originally written by Zhao Yusha in The Global Times.