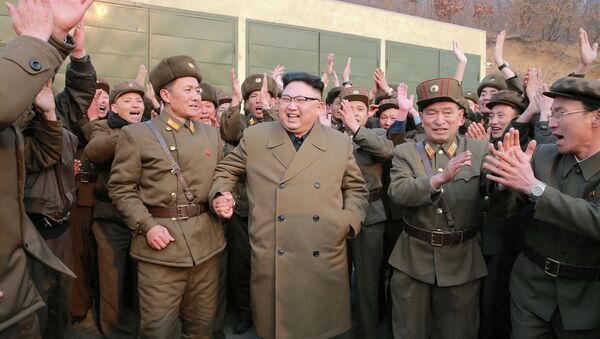 US citizens will officially be barred from travelling to North Korea starting September 1.

According to a statement that appeared on the US Federal Register Wednesday, "The Department of State has determined that the serious risk to United States nationals of arrest and long-term detention represents imminent danger to the physical safety of United States nationals traveling to and within the Democratic People's Republic of Korea (DPRK)."

"All United States passports are declared invalid for travel to, in, or through the DPRK unless specially validated for such travel," it continued.

Some journalists could be exempt from the ban under certain circumstances, along with approved humanitarian workers. According to Agence France-Presse, unless US Secretary of State Rex Tillerson revokes the ban, it is to remain in effect for one year.

The travel ban was announced last month following the death of Otto Warmbier, a University of Virginia student who was arrested for allegedly attempting to take a propaganda poster as a "trophy" while visiting North Korea with a tour group.

He was held for more than 17 months and sentenced to 15 years hard labor for “subversion.” Warmbier fell into a coma under murky circumstances while detained. In June he was returned to his family in Ohio, where he died days later.

US President Donald Trump called Warmbier’s death "a disgrace" that "should never ever be allowed to happen."

Hyun Lee, managing editor of the Zoom In Korea news website, told Sputnik that the ban will have a "very detrimental impact" on US-North Korea relations, "especially Korean Americans who are separated from their family members in North Korea. [This is] totally cutting off a way for them to unite with their families."

She pointed out many Americans travel to the isolated nation without incident.

"People-to-people exchange and direct contact between people is essential for people to overcome war tensions and for there to be peace," Lee told Sputnik. "So then to cut off all possible means for people to have that kind of exchange I think is going to actually worsen the situation."

Lee noted that if there were clearer lines of communication between Washington and Pyongyang, the Warmbier incident may have been avoided.

"Had there been an official point of contact between the US government and North Korea … his death, I think, could have been avoided," Lee offered, "because there would have been advanced communication about the state of health that he was in, and US officials and his family could have been informed much earlier, and there could have been efforts to bring him back home."

The US and the DPRK have been in a state of war since 1950, as the 1953 agreement signed by the North and the US was an armistice and not a peace treaty.

Leader Kim Jong-un claims the launch is evidence that North Korean weapons can reach the US mainland.