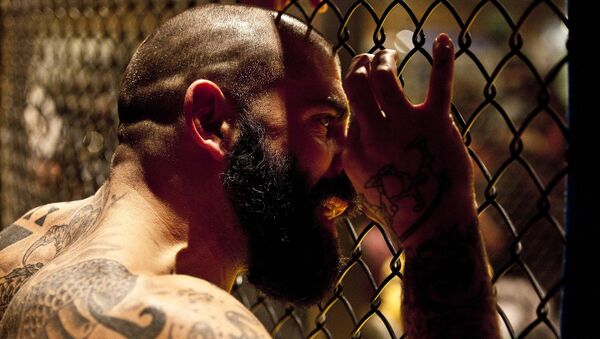 Riots have broken out at The Mount prison in Hertfordshire, and there have also been disturbances at another jail, Erlestoke, in Wiltshire in the UK. It comes as the president of the Prison Governors' Association has attacked the government's management of prisons in England and Wales.

In an open letter, Andrea Albutt said not enough prison officers were being recruited, training for recruits was "poor" and "unsuitable people" were being selected.

The incompetence of the #Tory Govmnt is mind boggling. The failure in prisons is but one example. It's time for Mrs May & her cronies to go

In July, a former prisoner, Mark Cavendish spoke out about conditions in The Mount on his social media account.

"Staff shortages at HMP The Mount (Herts) are so severe that this is 3rd weekend of total lockdown. Meals given at cell door. Trouble brewing," he said on Saturday, July 29.

Sure enough at around 2pm on Monday, July 31, a riot broke out.

A message from the PGA President to members (Bulletin 724) re the crisis in prisons: https://t.co/lAdh9d8qoG

"Specialist prison staff resolved an incident involving a number of prisoners at HMP The Mount on Monday evening. There were no injuries to staff or prisoners," said a prison service spokesman.

"The offenders responsible will be referred to the police and could spend longer behind bars," he added.

​Another disturbance broke out, almost simultaneously as Erlestoke prison in Wiltshire, where around thirty prisoners became violent.

Last December, around 600 inmates rioted at Birmingham's Winson Green prison. A week later a smaller disturbance broke out at HMP Swaleside in Kent.

The Prison Officers' Association (POA) blamed the uprising on budget cuts and lack of staff which had led to worsening of conditions for inmates.

​"This highlights the dangers prison officers face every single time they go on duty," said Mark Fairhurst, of the POA, which is the union which represents prison guards.

The Ministry of Justice recently published data, which showed a 20 percent rise in violent assaults in prisons in England and Wales, up to 26,643 in the year to March 2017.

Many of these were attacks on staff — 7,159, which amounts to around 20 assaults every day.

The Ministry of Justice had said action has already been taken to increase the number of prison officers.

But a former inmate at The Mount said many new recruits change their minds when they see conditions at the prison.

"You'll get five trainees come round the prison maybe the week before they're due to start on the Monday — they'll see the conditions and only one will turn up for work," he said.

Shadow Justice Secretary Richard Burgon said overcrowding had risen and staff shortages meant fewer prisoners were able to go on courses which might equip them for life back on the street.

"Prisoners are not being rehabilitated and this is putting the public at risk," he said.

That is only fractionally below the record of 86,654 which was reached in August 2011, after hundreds of people were arrested during that summer's riots.