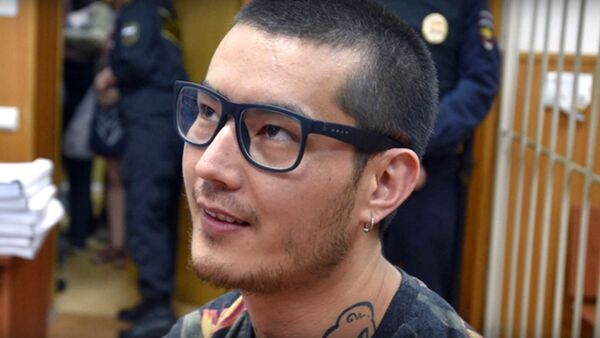 Organization for Security and Co-operation in Europe (OSCE) Representative on Freedom of the Media Harlem Desir, called on Russia authorities not to deport a journalist of the Novaya Gazeta newspaper, Khudoberdy Nurmatov (pen name Ali Feruz), to Uzbekistan.

"I call on Russia authorities not to deport @novaya_gazeta uzbek journalist #AliFeruz," Desir wrote on Twitter.

​Earlier in the day, the Council of Europe Commissioner for Human Rights, Nils Miuznieks, also called on Russia not to deport Nurmatov and to ensure that he is provided with all the necessary procedural safeguards in the context of the administrative proceedings. According to Miuznieks, Nurmatov "will most probably face criminal charges in Uzbekistan and incur the risk of ill-treatment."

OSCE Media Freedom Rep Fails to Condemn Bans Imposed on Russian Journalists
On Tuesday, the Moscow Basmanny Court ruled to expel Nurmatov from Russia for violating migration legislation. Nurmatov, who was previously denied temporary asylum in Russia, was detained in Moscow near the newspaper's editorial office. According to Nurmatov's lawyer, he had tried to commit suicide following the court's ruling, but the court officers prevented him from doing it.

Nurmatov has been illegally staying in Russia since 2011, while in 2012 he lost his Uzbek passport and has never applied for a new one, a police source told Sputnik. Besides, Nurmatov has reportedly been working in Novaya Gazeta without a work permit since 2015.

According to a source in law enforcement agencies, in 2008, Nurmatov was held on the case of recruitment to the Takfir wal-Hijra Islamist group (banned in Russia). Aleksei Nikitin, resident of the Russian city of Tambov, who was sentenced for terrorism by the Oktyabrsky District Court in 2009, stated that it was Nurmatov who had drawn him into extremist activities, being a recruiter into illegal armed groups.