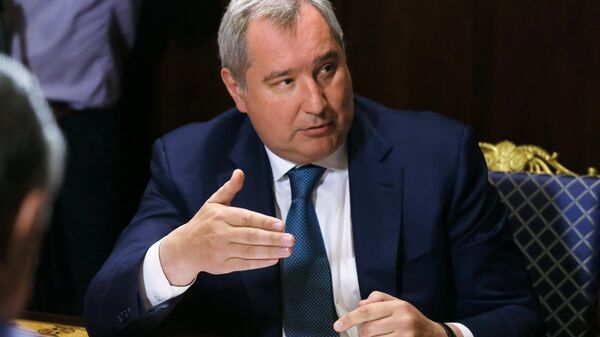 Earlier in the day, the Moldovan government declared Rogozin persona non-grata for the latter's "offensive" statements, made during an interview with the Rossiya 24 broadcaster, when the deputy prime minister said that the delegation of the Moldovan government, which visited Russia a half of year ago, behaved like "gypsies." The Moldovan Foreign Ministry specified to Sputnik that the measure was adopted for indefinite time period.

"We always respect the international relations we have with all countries, including Russia… Today’s actions do not target Russia or its citizens, but [they are aimed] against one person," Candu told reporters.

Candu added that Moldova was not seeking deterioration of relations with any state.

The Moldovan move comes after on July 28, a Russian S7 airlines plane with Rogozin on board, flying to the Moldovan capital of Chisinau, was denied access to enter Romanian airspace due to the fact that the official was on a EU sanctions list.