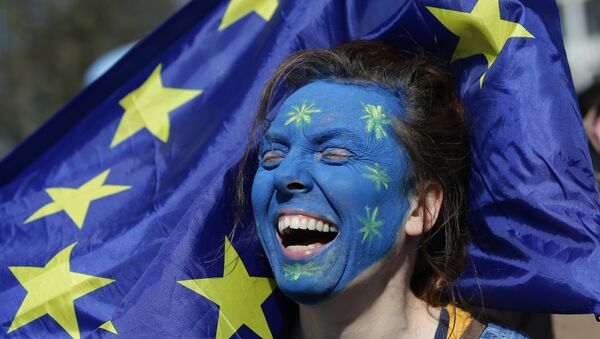 Ekaterina Blinova
All materialsWrite to the author
Washington's relentless efforts to fence off and punish countries which protect their own national interests and maintain sovereignty will result in the isolation of the US, geopolitical analyst Gilbert Mercier predicted in his interview with Sputnik.

The anti-Russian agenda has never faded from US policymakers' priorities, Gilbert Mercier, author of "The Orwellian Empire" and editor-in-chief of News Junkie Post says, predicting that if Washington continues to pursue its assertive hegemonic agenda it will end up isolated.

"It is rather simple," Mercier explained in his interview with Sputnik, "any countries or group of countries challenging US hegemony will ultimately be a target, first economically than eventually militarily through proxy wars or bogus revolutions, for the empire."

"Paradoxically, like I mentioned in my last interview with Sputnik before the G20 summit, the relentless US push to isolate and even punish countries with the courage to maintain their national sovereignty will end up isolating the United States and downgrading its global influence. Examples include Russia, Iran, North Korea, Syria and now Venezuela — which is in the Empire's immediate cross-hairs of regime change policy disguised as revolution," the geopolitical analyst underscored.

Why US Sanctions Bill is the Last Straw for Russia, Iran, North Korea
Indeed, it seems that Washington policymakers still remain committed to the so-called Wolfowitz doctrine, which claimed that America's "first objective is to prevent the re-emergence of a new rival, either on the territory of the former Soviet Union or elsewhere, that poses a threat on the order of that posed formerly by the Soviet Union."

Thus, being stuck in their Cold War mindset, US military hawks and hardcore neocons continue to beat their war drums over the imagined threat from Russia, Iran, North Korea and China.

"Some at the Pentagon and in Washington's hardcore neocon think-tanks have become delusional enough to believe, and openly peddle the notion publicly, that the US military can take on and win, at the same time, Russia and China in hot wars scenarios. This, of course, has no rational basis whatsoever," Mercier told Sputnik.

It's definitely the wrong time for pursuing the neoconservative goal of unipolar dominance: as US economist Jeffrey D. Sachs wrote in October 2016, it's time for America to "end its imperial pretensions" if it doesn't want to repeat the fate of the USSR.

Meanwhile, across the pond, European governments are growing frustrated over Washington's foreign policy, which threatens to undermine EU stability and prosperity. 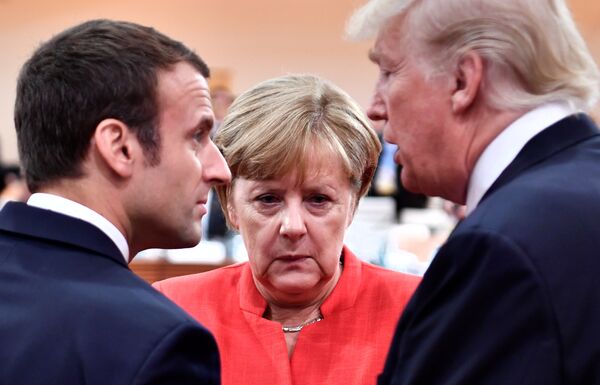 "The unprovoked and unwise US sanction bill on Russia, Iran, and North Korea has been met with strong opposition from European leaders, and it could be a tipping point to finally sway, not only politicians but also European's public opinion, into another direction and convince them that Europe's servile alignment with Uncle Sam has to be challenged for economic and geopolitical reasons," Mercier noted.

"The EU has, unfortunately, become a vassal of the United States despite its founding fathers' intentions to constitute a third block, in the late 1950s, during the Cold War between the Soviet Union and the United States," he recalled.

EU Ready to Take 'Retaliatory Countermeasures' Against US Over Russian Sanctions
According to the geopolitical analyst, if the EU gains geopolitical and military independence from the US, it may play the role of a balancer.

"The EU, if it truly gains its geopolitical and military independence from the United States, can and should play a determining balancing role in this Cold War Redux scenario with two blocks recently redefined with, on one side, the US in the lead while Russia and China are in the lead of the other block," he said.

Mercier continued that this much-needed reset should include putting together a proper European army, with perhaps a mandatory military service to cut the budget strain.

But what about NATO?

As Mercier says, "NATO is a clever imperial racket to extort a tribute from vassal states and justify US military occupation."

Therefore, the analyst believes that Europeans need to reconsider their participation in the military bloc. 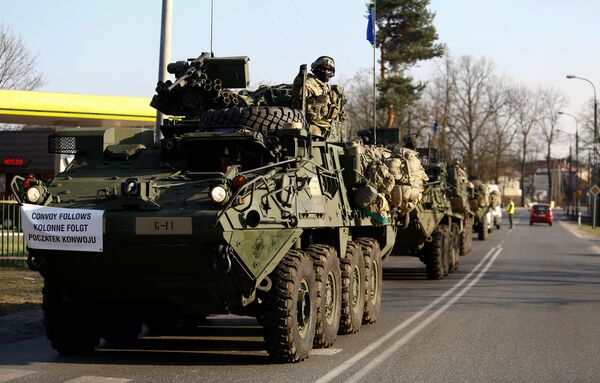 "In 1949, the US propaganda machine succeeded in spreading anti-communist and anti-Russian fears in Western Europe which allowed them to create NATO and maintained what should be called the US occupying forces not just in Germany, but all over Europe. NATO was a Cold War institution designed to be anti-Russian. Therefore, the anti-Russian paranoia has to be fueled with the public opinion in Europe and Canada in order to maintain NATO's only raison d'etre," Mercier highlighted.

'Key Strategic Partner': Pence Vows Georgia Will 'One Day' Become a NATO Member
"Regardless of what it is supposed to be, NATO is a way for the United States to make its members completely subservient by allowing a US military presence and buying the US-made weapons to keep the War & Wall Street Party fat and happy," he remarked.

Mercier added that "this model of US imperial military occupation is not limited to the Atlantic military alliance": it's also very much at play in Japan and South Korea, which have remained under Washington's control for 72 and 64 years, respectively.

Although Washington war planners and decision makers want to maintain this global control and unipolar dominance for decades to come, the inconvenient truth is that every empire has its expiration date and that of America Empire Inc.'s is in sight, according to the geopolitical analyst.

"Back in 2010, I was the first geopolitical analyst to forecast an imminent collapse of what I called America Empire Inc. My assumptions were strictly reality based on the unquestionable historical notion that all empires have an expiration date," Mercier told Sputnik.

Regardless of Donald Trump's good intentions voiced in his inauguration speech, the driver's seat has already been occupied by what could be called the "Republocrat War & Wall Street Party," the analyst noted.

"Actions speak louder than words," Mercier said, "The War & Wall Street Party is officially in the driver seat. The international community at large, not only the three sovereign nations wrongly victimized by the absurd new sanctions about to be rubber stamped into law, should ponder this consideration and swiftly react accordingly."