Majority of Americans Say Trump Thinks ‘He's Above the Law’ 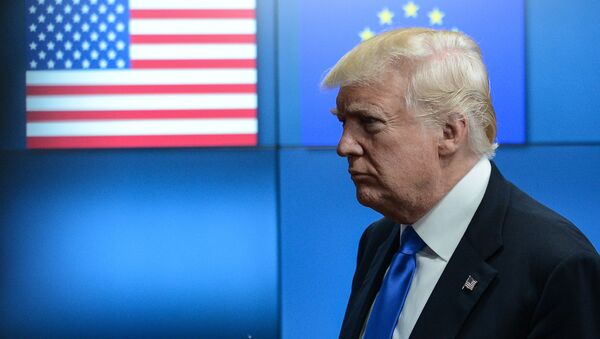 "It's hard to pick what is the most alarming number in the troubling trail of new lows for President Donald Trump," Quinnipiac University Polling Assistant Director Tim Malloy stated in a press release explaining the poll.

The poll also revealed that 52 percent were embarrassed that Trump is president of the United States, 59 said they percent believe the president does not care about average Americans and 63 percent said the US president lacks leadership skills.

On a positive note, a majority of those surveyed, or 58 percent, considered Trump a strong person and 55 percent believed Trump is intelligent, the release said.

Overall, US voters disapproved of the Trump’s job performance by a 61 percent to 33 percent margin, down from 55-40 percent disapproval in a June 29 survey by Quinnipiac.