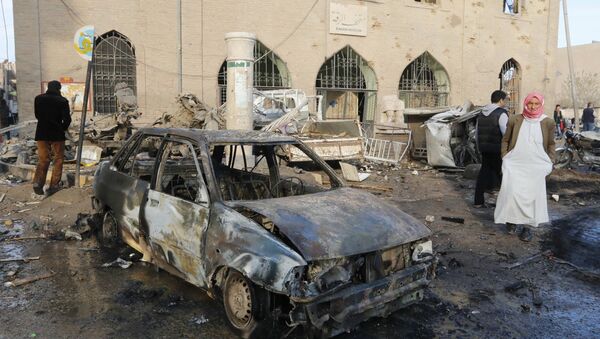 Some 10,000 affected people in the Syrian city of Raqqa were provided with humanitarian aid under UN's food-assistance branch.

US-Led Coalition Carries Out 14 Strikes on Daesh Positions Near Syria's Raqqa
In June, WFP has reached more than 2,000 people in Raqqa, while in Aleppo during June and July more than 140 trucks carrying red crescent items were delivered, Dujarric said.

Raqqa has remained under control of the Daesh terrorist group (outlawed in Russia) since 2013, and is considered its de facto capital. The operation to liberate the city was launched by the Kurdish-Arab Syrian Democratic Forces supported by the US-led international coalition, in early June.

On Thursday, a spokesman for the Syria’s Tomorrow Movement, a national opposition party, told Sputnik that the city would hopefully be completely liberated within three months.