Thanks Sanctions! Russian Food Security at Record Level Thanks to Restrictions 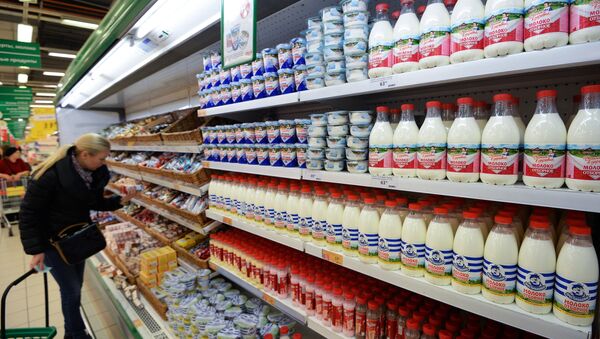 © Sputnik / Maksim Blinov
/
Go to the photo bank
Subscribe
The share of imports in the Russian retail sector dropped to 36% in the first quarter of 2017, hitting lows unseen since 2008, when measurement of the indicator first started. Food imports have dropped even further, down from 34% in 2014, to 24% in 2017, according to the Russian Ministry of Industry and Trade.

Speaking to Russia's Izvestia newspaper, the press service of the Ministry of Industry and Trade explained that a number of factors account for the decrease in the share of imports. The main factor, according to the Ministry, is the drop in food imports, where imports account for just 23% of the total.

"This is the result of the special economic measures taken by Russian in response to Western sanctions. Before these events, in 2014, the share of imported foodstuffs was 34%," the Ministry said.

Russia Might Ban McDonald's in Case of Revealed Violations – Lawmaker
In August 2014, after the US and its allies introduced several rounds of sanctions against Russia over the crisis in Ukraine, Moscow announced countermeasures, slapping an effective embargo on most agricultural products from countries which had adopted economic sanctions against Russia. Since then, Moscow has repeatedly renewed the measures for three years. Last month, Russian President Vladimir Putin prolonged the sanctions again, this time until 2019.

According to Rosstat's Q1 2017 statistics, food security figures are particularly impressive in the category of cereals, where imports account for just 0.2% of the total. Other mostly-domestic food categories include sausage products (1.6%), flour (1.8%), poultry (4.1%), and pork (8.3%). Cheese imports remain high (27.7%), although they too have declined significantly since 2014, when 48.4% of all cheese being sold in Russia was imported. 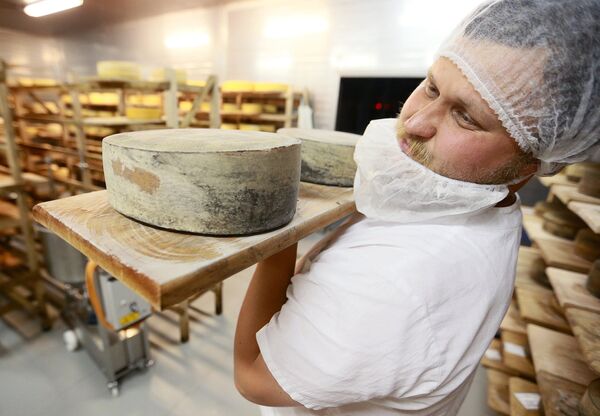 According to the Ministry of Industry and Trade, another important factor explaining dropping food imports is that many foreign companies have invested in production in Russia, "thus transferring the products of these companies from the category of imports to the category of goods produced in our country. This is beneficial both for our economy and producers."

Many major Russian food retailers have made it a conscious business strategy to focus on reducing the share of imports in their stores. A spokesman from Russian mega supermarket chain Magnit told Izvestia that the share of imported goods in its network was less than 8%, and even less for foodstuffs. Imported foods include seasonal fruits and vegetables, as well as products that simply aren't produced in Russia. 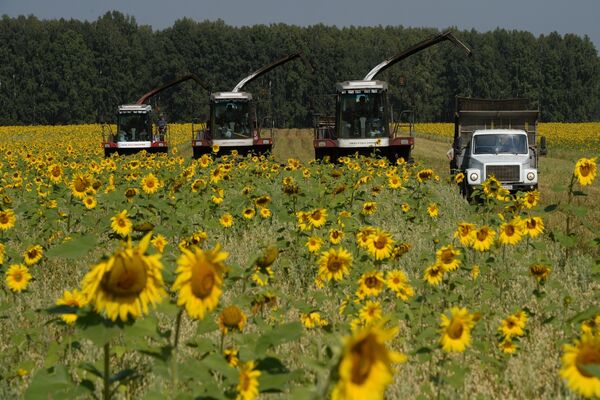 Borsch for Everyone! Russia Can Feed the World With Quality Homemade Food
According to the Russian Institute of Agricultural Marketing, Russian companies are actively working to expand the use of greenhouses, which will allow imports of fresh vegetables to fall to less than 20%, down from 35% today, as soon as next year. This will ensure Russian food security in this area even during Russia's long, harsh winters.

Finally, the decline in the exchange value of the Russian ruble has played its role in decreasing imports, increasing the price for imported goods while making agricultural exports significantly more competitive.