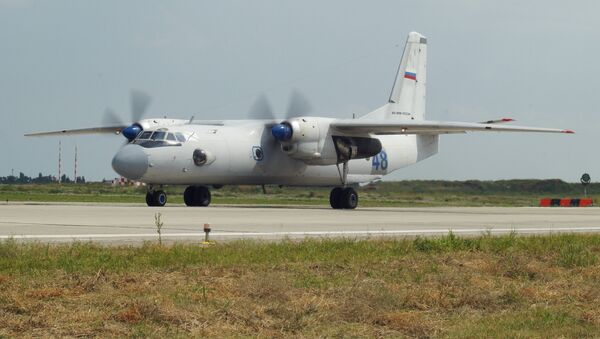 Russia, Kyrgyzstan Sign Declaration on Strengthening of Strategic Partnership
BISHKEK (Sputnik) – Russia and Kyrgyzstan agreed on a delivery of military and technical assistance worth $1 billion during Russian President Vladimir Putin’s visit to Bishkek in 2012. Russia has already equipped Kyrgyzstan with a number of armored vehicles and artillery systems free of charge.

"The ceremony for the handing over of An-26 aircraft and opening of the air technical-operational unit’s building, where the repairs of the Kyrgyz aircraft at the Russian airfield in the city of Kant, will take place on August 9," the General Staff's spokesperson said.

The spokesperson went on to note that a Russian delegation, headed by Deputy Defense Minister Lt. Gen. Alexander Fomin and the Kyrgyz General Staff leadership, will be participating in the ceremony.

Under a bilateral agreement, Kyrgyzstan has hosted a Russian military base since October 2003. The base's objective is to provide aerial protection for Collective Security Treaty Organization (CSTO) ground operations.