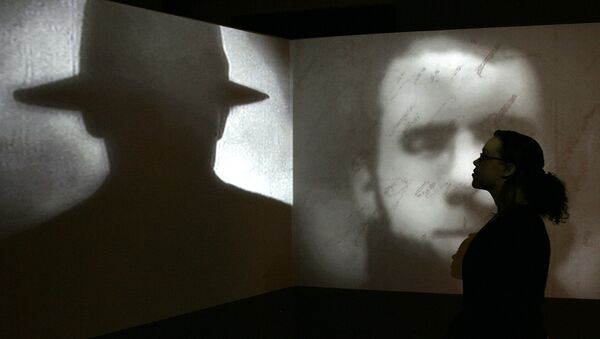 © AP Photo / Akira Suemori
Subscribe
International
India
Africa
A new suspect has emerged for the world's most infamous unsolved case – Jack The Ripper. A theory has emerged which links the series of killings in Victorian London with the first serial killer to emerge in the United States.

Dr. Henry H. Holmes built a hotel in Chicago in time for the World's Fair, which was held in 1893.

​But the hotel was in fact a labyrinthine torture chamber and the guests would book in, but never leave.

Holmes — who was born as the rather more prosaic Herman Mudgett — confessed to killing 27 people in his "murder castle" and was hanged in 1896.

"I was born with the devil in me. I could not help the fact that I was a murderer, no more than the poet can help the inspiration to sing," wrote Holmes in his confession.

But a television documentary, broadcast in Britain on August 8, claims Holmes may have claimed more victims in England, before emigrating to the United States.

The American Ripper, on the History Channel, claims there are similarities between the two serial killers.

Jack The Ripper attacked his early victims — who were prostitutes — in the street, before mutilating them. But his later victims were lured back to a boarding house where he had more time to carry out his horrific mutilations.

Holmes went further, skinning and dissected his victims, before dissolving their bodies in acid.

The makers of the documentary argue that the killings in Chicago showed a maturing serial killer who had perfected his grisly techniques.

The Ripper is also known to have had skills as either a surgeon or a butcher, and they point out that Holmes was a chemist who had a medical degree from the University of Michigan.

The Ripper's victims were all killed in the Whitechapel district of east London in 1888, and the killer vanished without being caught by the police.

But the documentary makers surmised that he traveled to the US and continued his crimes in 1891.

Jeff Mudgett has been trying for years to convince the world his great-great-great-grandfather was Jack The Ripper.

He believes Scotland Yard detectives traveled to the US to investigate his ancestor.

​"There were many rumors at the time that Jack the Ripper was an American doctor… I think he committed his crimes, booked a trip home and they followed him back here. I don't know why they stopped, it could have been money," said Mr. Mudgett.

Mr. Mudgett says handwriting experts have confirmed that letters written by Holmes bear similarities to missives which were sent in 1888 from someone who claimed to be Jack the Ripper.

Over the years dozens of names have been suggested for the identity of Jack The Ripper, whose crimes were so notorious that in the 1970s Peter Sutcliffe, an unrelated serial killer who attacked 12 prostitutes with a hammer, was dubbed The Yorkshire Ripper.

And last year a serial killer in Inner Mongolia was dubbed the Chinese Jack The Ripper.

Among those who have put in the frame include the 19th century artist Walter Sickert, who was accused by US crime novelist Patricia Cornwell, and even author Lewis Carroll.

Asia
DNA Cracks the Case of China’s Jack the Ripper: 11 Women Dead in 15 Years
Several suspects have a royal connection. They include Queen Victoria's grandson, the Duke of Clarence, the royal physician Sir William Withey Gull, and Queen Victoria's surgeon, Sir John Williams, who had a practise in Whitechapel at the time.

More likely candidates for the crime are cotton merchant James Maybrick, Dorset lawyer Montague Druitt and a Polish immigrant, Seweryn Klosowski, who poisoned three of his wives and was hanged in 1903.

Another Pole, Aaron Kosminski, was suspected. He died in a lunatic asylum.

Two other suspects were Dr. Thomas Neill Cream, who was hanged for poisoning four London prostitutes with strychnine, and even Lord Randolph Churchill, the father of wartime prime minister Winston Churchill.

One theory even claimed the Ripper could have been a woman.