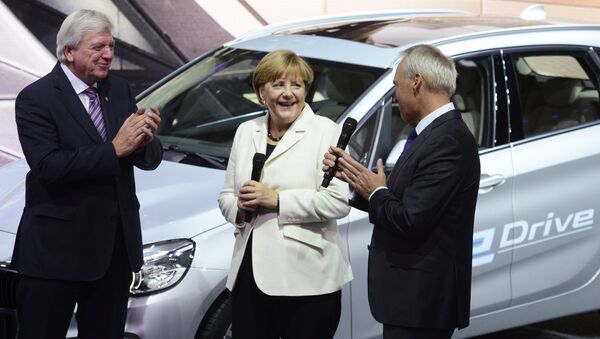 Billionaire Stefan Quandt, BMW's major shareholder, gave US$60,000 each to both the CDU and liberal FDP, while fellow carmaker giant Daimler gave US$120,000 to both the SPD and CDU.

The data, which is issued by the Bundestag, records donations of over US$60,000 made between January and July. It shows the CDU is a clear leader in the field, receiving more large donations than any other German party. It also received the largest one-off donation from Ralph Dommermuth — the chief executive of national internet service provider United Internet funded the party to the tune of US$600,000 in May.

While cars are arguably Germany's national industry — they're certainly the country's key international export — and as such its generosity is to be largely expected in major political campaigns, BMW and Daimler's beneficence is potentially motivated by major political concerns, such as the ongoing "Dieselgate" scandal. The CEOs of both firms are scheduled to meet government officials in Berlin August 2, to discuss the future of the internal combustion engine.

The second most popular party with donors was the FDP, which has not graced the German government since 2013, but still received US$2 million. Donors included Lutz Helmig, founder of Helios Hospital Group (US$300,000), investment firm Droege Group (US$130,000), car rental giant Sixt (US$65,000), and heiress Susanne Klatten and her father, billionaire industrialist Stefan Quandt (US$60,000 each).

The Social Democrats and the Greens each received single large donations of US$130,000 — the former from Daimler, the latter from a private citizen.

However, the seemingly meager funds flowing into some party coffers may not be an issue — by US standards, German general election campaigns are a veritable bargain. Smaller parties, such as Die Linke, typically spend under US$5 million on all their activities across the country — a sum largely covered by membership fees, with any shortfall largely made up by state funding, commensurate with electoral support in the previous election.

Even larger parties, such as the SPD or CDU, typically don't spend more than US$30 million on their campaigns overall. By contrast, a US Senate seat can cost in excess of US$10 million to fight, and spending by all candidates in the 2012 Presidential election hit US$6 billion.