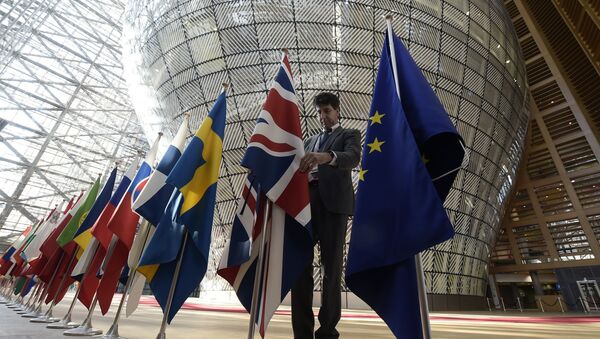 According to Council of the European Union, EU members states have officially proposed 23 European cities that could be used as post-Brexit relocation sites for the two EU agencies currently based in the United Kingdom.

Ireland Applies for Hosting 2 UK-Based EU Agencies After Brexit - Reports
MOSCOW (Sputnik) – EU members states have officially proposed 23 European cities that could be used as post-Brexit relocation sites for the two EU agencies currently based in the United Kingdom, the Council of the European Union said in a press release on Tuesday.

"The Council has received 27 proposals by the member states, related to 23 cities, to host the EU agencies currently based in the UK. There have been 19 offers to host the European Medicines Agency (EMA) and 8 for the European Banking Authority (EBA)," the press release read.

The Council of the European Union continued to explain that the bids will now be assessed on the basis of six agreed upon criteria: guarantees that the agency will be operational when the United Kingdom leaves the European Union; accessibility of the location; schools for the children of the staff; access to the labor market and health care for the employees' families; business continuity; and geographical spread.

The assessment of the offers will be published by the European Commission by September 30. The publication will then be followed by discussions by the General Affairs Council in October and a vote in November, the statement added.

The EMA is in charge of scientific evaluation, supervision and safety monitoring of medicines in the European Union. The EBA, on the other hand, is responsible for securing effective and consistent prudential regulation and supervision across the EU banking sector.