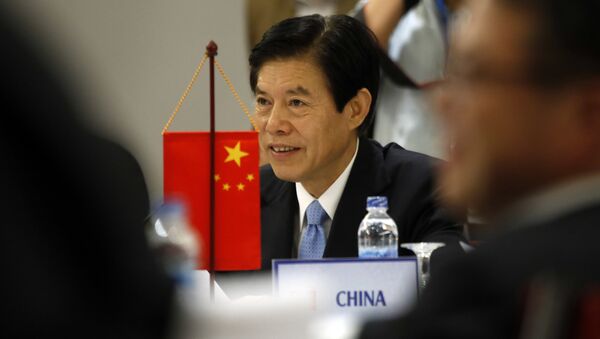 Chinese Minister of Commerce Zhong Shan stated that BRICS member states should expand the spheres of interaction and fight with trade favoritism.

"Facing new challenges, the BRICS states should enhance their economic and trade cooperation, improve the interaction mechanisms, expand the cooperation spheres and initiatives," Zhong said at an opening ceremony of the seventh BRICS Trade Ministers’ Meeting in Shanghai.

Zhong stressed that the BRICS countries should support multilateral trade system and counteract any forms of favoritism in this sphere. The world economy had significantly restored over the past five years, however, it is still facing some instability, the minister added.

The BRICS Trade Ministers’ Meeting is taking place in Shanghai on August 1-2. The meeting focuses on the issues of the electronic commerce, investments simplification and trade in services. Special emphasis will be laid on cooperation of the member states within the World Trade Organization and preparation for the 11th Ministerial Conference in December.