Study Confirms the Obvious: Going to the Beach is Good for You 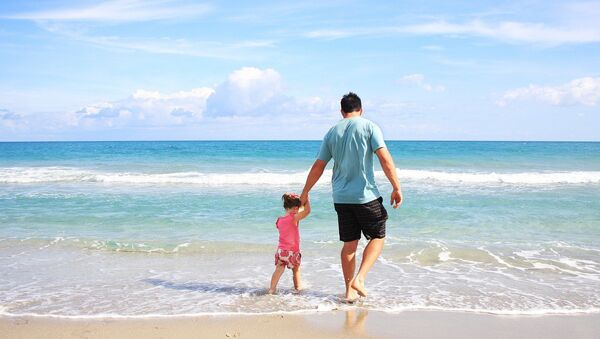 CC0 / Pixabay /
Subscribe
A recent study - possibly more of a scientific exercise in judging the obvious - has winningly claimed that time spent on a beach at the edge of a salt-water ocean has a positive effect on one’s physical and psychological health.

Recent studies in the US and the UK claim that spending time at the beach improves happiness, well-being and even mental acuity, possibly explaining why Hawaiian residents have consistently been ranked by six consecutive Gallup polls as the happiest people in America by state, according to news.com.au.

To add weight to a claim that probably needs no proving, research by Japan's Kobe University observed that those who live in a place with a view of the ocean are more relaxed than those who do not.

These ever-so-evident research results are mirrored by additional evidence posted to Sciencedirect.com, claiming that UK citizens who live by an ocean claim to have a higher quality of physical and mental health than those who live inland, particularly in deep urban enclaves.

Decades of scientific research has shown that seawater helps the physical body to fight infection, as it contains magnesium, potassium and iodine — just three of a large number of minerals that are beneficial to the human organism in moderate external doses.

As if the saltwater's balm is not enough, the sea air has long been known to provide benefits to the respiratory system that improve sleep, according to the post.

During a conversation about the positive mental and physical effects of a body's proximity to the sea, clinical psychologist Richard Shuster remarked that the relaxed calm kindled by several hours on a beach is not just due to all that sunlight-induced vitamin D, cited by NBC.

"The color blue has been found by an overwhelming amount of people to be associated with feelings of calm and peace," Shuster said, suggesting that staring at the ever-changing ocean causes a meditative state, shifting brain wave frequency.

The sound of ocean waves "de-stimulates our brains," Shuster offered, cited by news.com.au.

As even the feeling of sand between one's toes is is well-known to be pleasurable and healthy, Shuster asserted that the oceanic calm one gains at the beach can be recreated in a meditative practice — one that only gains in value by actually being there.

"Focus on how your body feels warm from the rays of the sun," he said, "focus on what it feels like to have your feet in the sand, breathe deep and smell the ocean air."

How far are you from an ocean? Probably not so far that the benefits of being there are outweighed by the hassle of preparation, travel, and putting on all that sunscreen.

But you don't need to pay a clinical psychologist to tell you that.