Who Is Doing This?! Global Wave of Animal Mutilations Defies Explanation 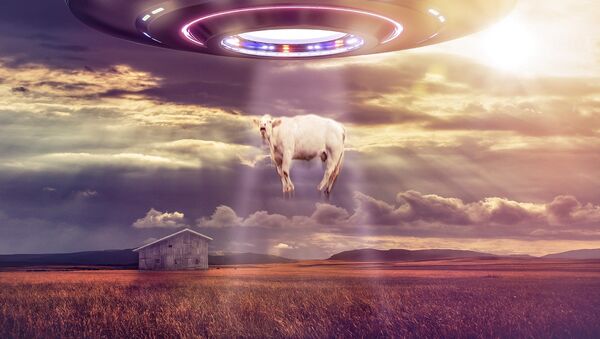 Who or what is mutilating animals the world over? Declassified files show the US Federal Bureau of Investigation has investigated thousands of instances of cattle disfigurement across the American Midwest since the 1970s, to no avail. A leading expert in the field isn't sure either – but he has told Sputnik the explanation certainly isn't humdrum.

While skeptics will surely opt to blame the international wave of brutalized bovines on natural disasters, sadistic pranks or similarly sick, wanton hijinks, proponents of conspiratorial and/or otherworldly explanations for the disturbing acts are quick to point out the attacks are often carried out with surgical precision.

Farmers worldwide, most notably and recurrently in US states such as South Dakota, Colorado, Kansas, and Nevada, have for decades had the unpleasant experience of discovering their treasured, lucrative beasts dead with various organs — including eyes, noses, tongues, hearts, livers, anuses, and genitalia — excised with lazer-like accuracy. 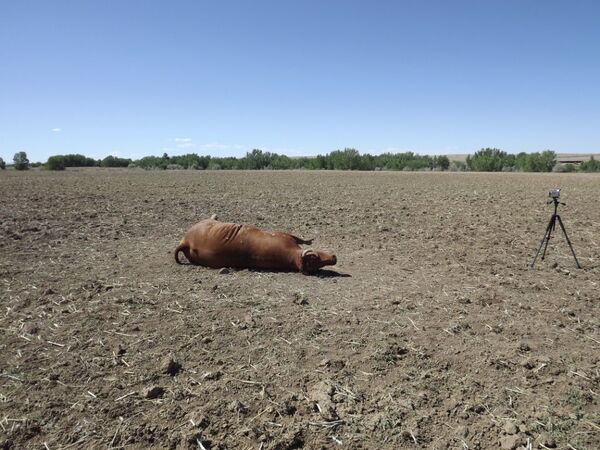 Sightings of attacks on cattle
© Photo : Ufonut.com
Moreover, the FBI documents make clear even the US' best investigative minds were seemingly stumped at the ultimate source of all the carnage.

In many cases residents reported seeing crafts — whether thoroughly terrestrial helicopters, or UFOs — circling areas where cattle later turned up sliced up.

Such phenomena prompted concerns among researchers that the mutilations were being carried out and covered up by the government for some nefarious purpose or other — although as the wave of mutilations occurred concurrently with a worldwide obsession with flying saucers, some believe the mutilations' origins to be otherworldly.

Linda Moulton Howe, founder of EarthFiles.com, states the same pattern of "bloodless excision" has been documented in all kinds of domestic and wild animals. Typically, the sky-facing ear is removed in a neat circle at the skull, the eyeball is removed without any blood or fluid leakage, and often there is a circle of hide taken around that eye. Tongues are removed from deep inside the throat, and sky-facing jaw flesh is cleanly excised, usually in a "keyhole" pattern.

"Genitals, male and female, are removed in neat, hide-deep circular, oval or square excisions. In almost all cases the rectum is excised about 6 inches wide and 6 or more inches deep into the body of the animal. If female, the vaginal opening and tract are usually also removed in a larger single hole along with the rectal tissue."

"I interviewed a Sheriff in Logan County, Colorado, who told me a veterinarian he had perform a necropsy on a fresh cow mutilation at the pasture site discovered that the entire cow's heart had been removed from inside the pericardium and the chest, without any excision in the pericardium that surrounded the heart and no excision in the cow's chest," Ms. Moulton Howe told Sputnik.

To achieve such a feat would require molecular-specific surgical devices capable of going through skin, cartilege, muscle, bone an organs to remove tissue from a specific organ without causing any cutting damage to the rest of the body — an impossibility on Earth, although a hypothesized innovation in the distant future.In all, there are over 10,000 documented instances of animals being bewilderingly mutilated in the US alone since 1955 — and in every case that has been investigated by law enforcement, no human or predator has ever been found to be the culprit.

The phenomenon constitutes the largest single animal cruelty trend not merely in the US, but the world — and each case costs ranchers thousands of dollars.

Chuck Zukowski, curator of UfoNut.com, has been investigating these mystifying occurrences for decades.

He says each case fits a common pattern — an animal is lifted from location A to a location B, where it's drained of blood and unusual cuts are created.

Then, the animal is placed in location C, which lies within the general area of location A.

"No sign of predator takedown, no sign of masses amount of bleeding out, and no signs of animal struggle, none! The animal is just placed back, and in some cases, a round ground depression is created while placing the animal back. Mutilations have been going on for centuries — Native Americans also have stories of mutilated animals that occurred before the Europeans migrated to North America," Mr. Zukowski told Sputnik.

He adds that mutilations typically occur multiple times within a week, either in the same area or in different states — "we had one in Colorado, and within three days there was another in Missouri" — and in some of his investigations, the animal was found lying in a crop-circle-like ground depression.

Soil analysis he has conducted has shown the soil within the animal's vicinity is less water-soluble than outside the circle, meaning whatever caused the circle altered the nutrients in the soil — the exact same result has been recorded in different cases in separate US states (Colorado, Missouri, and Georgia), which don't share the same types of soil.

He believes the lack of gallons of blood near the animal, no apparent signs of animal struggle and the highly specific nature of the mutilations (for instance, precise cuts on the hide, and tongues cut out at the base) suggest the animals can only have been kidnapped and maimed by an intelligent agency — and the crushed rib cages and broken limbs often evidenced point to them having fallen some way to their final resting place. Yet more eerily, in some cases he has reviewed, scavengers won't even touch the carcass.

As for what is mutilating these ill-fated creatures, Mr. Zukowski won't speculate, but he says the evidence strongly points to a non-human rather than human source.

In the majority of cases he has investigated, witnesses have seen "balls of light" near the land from which animals have been abducted, and in some cases apparent spacecraft.

He also believes the unmarked helicopters seen at some sites are indicative that the US government is running its own investigations into the happenings.

As for whether there could be a mundane explanation, Mr. Zukowski is unequivocal — "absolutely not!"

"We're talking about something that was alive just hours before, with no symptoms of being ill, then later found with horrific damage. Who is doing this? I have my thoughts, which makes these investigations extremely dangerous, because you don't want to be in the right place at the wrong time — it could happen to you. There have been some human mutilation cases too!" he adds.

This bloodcurdling singularity is not exclusive to the US.

Mr. Zukowski not infrequently receives emails from investigators based in other countries asking for help, including Australia, New Zealand, Dominican Republic, and the UK.

He notes some UK mutilations have made it in to the mainstream media, including mutilated lambs in Beddgelert, Gwynedd, mutilated rams in Plwmp, Dyfed, and mutilated deer, foxes and badgers near Shropshire and mid-Wales. Furthermore, every June, ewes go missing in Bleddfa, Powys.

Nick Pope, who investigated UFOs and other mysterious phenomena for the UK Ministry of Defense between 1991-1994, says it's difficult to judge the true extent of the phenomenon, as the insurance industry has a policy not issuing payments to farmers if they suggested their slain animals had been killed in a mysterious, unknown way.

As a result, farmers and veterinary physicians generally "colluded" to describe any mysterious animal deaths as being the result of dog attacks. This made it difficult for him to investigate cases further.

"The cattle mutilation mystery is extremely disturbing, and there are many different theories, including predator activity, satanists, secret military experiments, and extraterrestrial activity. The theory about military involvement makes no sense, because government scientists already have a facility where animal testing is carried out, so they would have had no need to conduct additional, illegal testing. However, I was not able to find a definitive explanation during my government work," Mr. Pope told Sputnik.