Look Alive! Honolulu Police to Fine Those Caught Texting in a Crosswalk 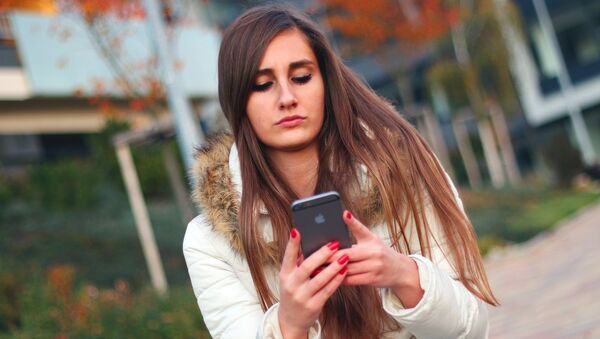 A pedestrian staring into the screen of a handheld device while traversing a busy street is an obvious urban deathwish, and the city of Honolulu, Hawaii, has now made this dangerous behavior a misdemeanor - with fines attached.

Intended to prevent the oblivious from becoming another statistic, the new law will go into effect in October according to local government, and fines will be leveled against those who cross "a street or highway while viewing a mobile electronic device," cited by the Verge.

At a public announcement staged at one of the city's busiest intersections, Honolulu Mayor Kirk Caldwell stated that the new law was intended to remind pedestrians to "use common sense as they walk around this beautiful city," as well as making sure that "they don't become another statistic."

"We hold the unfortunate distinction of being a major city with more pedestrians being hit in crosswalks, particularly our seniors, than almost any other city in the county," Caldwell said.

According to a University of Maryland study, between 2000-2011 more than 11,000 people in the US sustained injuries as a direct result of being distracted by a handheld device while walking.

The tropical island city is now the largest urban center in the US to implement laws against being distracted in crosswalks by devices, including cell phones, text messaging devices, pagers, PDAs, laptops, video games or cameras, according to the Verge.

The practice of listening to audio devices is exempt from the ban, as are those who can prove that they were making a telephone call to emergency services at the time of their citation.

As with many other states, Hawaii also has banned the use of handheld devices while operating a motor vehicle.

Those complaining of lawmaker overreach have criticized the new bill.

According to a recent editorial in The Star, legislators involved in crafting and passing the bill were depicted as "exasperated parents telling foolish children to not do stupid things that tempt death," adding that human stupidity is omnipresent, with or without laws.