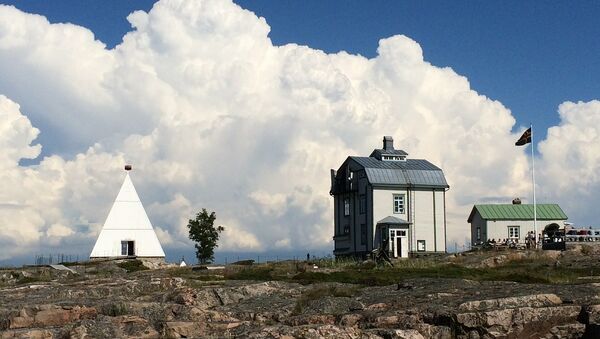 Due to its thick forests and green economy, Finland ranks among Europe's most eco-friendly countries. However, its autonomous archipelago of Åland, which is by many Finns seen as a perfect vacation spot, has the dubious distinction of being the EU's largest polluter, on a per capita basis.

Autonomous Nordic Isles Seek to Extend Unparalleled Self-Rule
Despite Finland's "green commitment," Åland's households release the most carbon dioxide throughout the EU, according to a report made by the Norwegian University of Science and Technology (NTNU), which mapped the carbon footprint from private homes in 177 regions in 27 EU countries.

According to the report, Åland tops the list in terms of the amount of emissions, with 5.5 tons of carbon dioxide per person. By contrast, the Canary Islands, a Spanish archipelago near Africa, had the smallest footprint: only 1 ton of carbon dioxide. Carina Aaltonen, the chairwoman of Åland's Social and Environmental Committee, found that the fact that Åland is at the forefront of household emissions was not strange at all, yet "very worrying."

"Many people have holiday homes, where some kind of heating is taking place all year long. We also have large homes with many square meters per person. Compared with the rest of Finland, we also have many single-family detached homes," Carina Aaltonen told the Finnish daily Hufvudstadsbladet.

Åland has the highest consumption of electricity and liquid fuel per capita in Finland. In comparison with other Finnish regions, the region also spends more money on actual and estimated rent, housing maintenance, its water supply, waste collection and other housing services.

Futuristic Finns Fancy Trans-Baltic Hyperloop to Tallinn
The emissions associated with households are thus largely explained by their size and the origin of electricity needed to keep them warm. Compared with fellow Nordic nation Sweden, Finland uses much less electricity from renewable sources. Also, the houses are rather large with many rooms to warm up.

"In a house with one or two residents, far fewer appliances, energy and building materials are shared, which can explain some of the footprint emanating from the households," Doctoral candidate Diana Ivanova of the NTNU explained.

According to Diana Ivanova, switching to less-carbon-intensive air and water heating methods may be considered to reduce the impact, due to Finland's notoriously cold winters, which require a lot of heating. Thus, wood and pellets are alternatives to be considered, which contribute to less emission than electricity or oil. Another option is to get used to slightly lower indoor temperatures, Diana Ivanova pointed out.

Åland is an archipelago numbering 6,500 islands, located at the entrance of the Gulf of Bothnia in the Baltic Sea. It is the only autonomous, demilitarized and monolingually Swedish-speaking region in Finland. It is also the smallest region of Finland, constituting 0.49 percent of its land area and 0.5 percent of its population, with roughly 30,000 inhabitants.