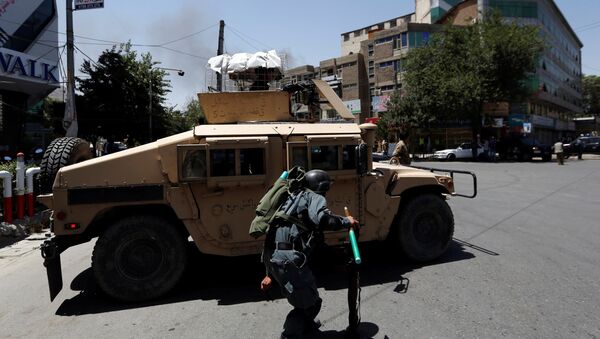 The standoff between the Afghan police and Daesh terror group (banned in Russia) militants is underway following the latter's attack on the Iraqi Embassy in Kabul, local media reported Monday.

Earlier in the day, the Afghan Interior Ministry said in a statement that a group of four militants attacked the Iraqi embassy around 06:30 GMT. One of the militants detonated a bomb at the entrance gate of the embassy, thus opening way to other attackers. The Daesh has claimed the responsibility for the attack.

The Crisis Response Unit (CRU) of the Afghan police is reportedly at the scene with the embassy employees being evacuated.

Afghanistan has been suffering significant political, social and security-related provoked by the activity of the Islamic State. The Afghan National Defense and Security Forces have been acting together to combat terrorism in the country.