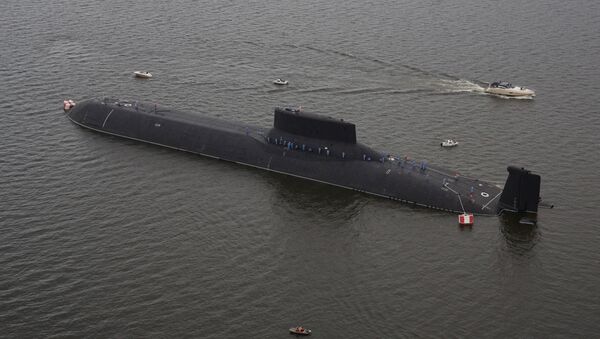 © REUTERS / Anton Vaganov
Subscribe
International
India
Africa
Ilya Tsukanov
All materialsWrite to the author
A shipyard in Severodvinsk has held the keel-laying ceremony for the Ulyanovsk, the seventh of the Yasen-class nuclear-powered attack subs built for the Russian Navy. RIA Novosti military observer Andrei Kotz took the opportunity to take stock of some of the most formidable, intriguing, and unusual attack and missile sub designs in the world.

The Ulyanovsk, laid down on Friday at the Sevmash shipbuilding plant in Severodvinsk, northern Russia, is expected to be completed and commissioned in 2023. When finished, it will be the seventh Project 885/885M Severodvinsk-class attack sub to be built. The Severodvinsk, the project's lead vessel, entered into service in 2014. The modernized Project 885M Kazan was launched earlier this year, and will be commissioned next year. Four more subs — the Novosibirsk, Krasnoyarsk, Arkhangelsk and Perm, are under construction.

'Who Shoots First Wins': Russian Submarines Receive Advanced 'Duel' Torpedoes
With its complement of multipurpose cruise missile, torpedo and anti-air armament, the Yasen-M-class attack sub is considered by experts as something of a 'universal sailor'. Its ten vertical launch silos can be armed with Oniks anti-ship, Kalibr anti-ship, anti-sub, and land attack cruise missiles, as well as a sea-launched variant of the long-range Kh-101 cruise missile. The sub also features six 650 mm and two 533 mm torpedo tubes, and the Igla-M infrared SAM missile system.

Fitted out with modern hydroacoustic equipment and quiet propulsion systems, the vessels will strengthen the Russian Northern and Pacific Fleets, covering the same patrol areas as their Borei-class ballistic missile sub cousins. 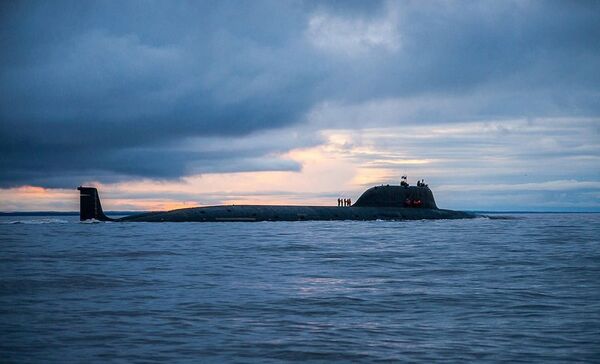 The nuclear-powered submarine Severodvinsk, the first of the Yasen-class of attack subs.
© Photo : Oleg Kuleshov

Taking the opportunity to look back on some of the most interesting, intriguing and formidable Russian and foreign attack and missile sub designs in the world, Russian military observer and RIA Novosti contributor Andrei Kotz wrote that the selection can basically be narrowed down to five categories: 'The Biggest', 'The Most Heavily Armed', 'The Quietest', 'The Most Compact', and 'The Most Mysterious'.

The Soviet Project 941 Akula-class heavy nuclear-powered ballistic missile submarine has the distinction of being the largest submarine ever created. Built from 1976-1986, the vessels, capable of remaining submerged for up to 120 days at a time, were designed to serve as the backbone of the naval component of the USSR's nuclear triad capability. 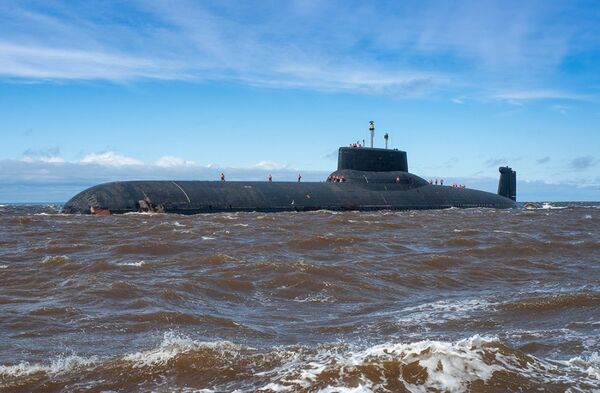 Today, a lone Akula (literally 'Shark')-class sub, the Dmitry Donskoy, serves in the Russian Navy's Northern Fleet. In total, six of the 175 m long, 23 m wide subs, displacing 50,000 tons each, were built and deployed. Each of them was capable of carrying up to 20 heavy R-39 heavy intercontinental ballistic missiles, fitted with ten 200 kiloton warheads apiece. In their own time, Kotz recalled, these black monsters and their frightening firepower were "considered by NATO command to be the main trump card of the Soviet Navy."

Credit must be given where it is due, and the US Ohio-class strategic missile submarines carry the distinction of having the largest standard complement of missiles. Each of the 18 subs active with the US Navy is armed with 24 Trident I and Trident II ballistic missiles. Each Trident I can carry up to eight 100 kiloton warheads, while the Trident II carries 14, or eight warheads with a payload of a frightening 475 kilotons. 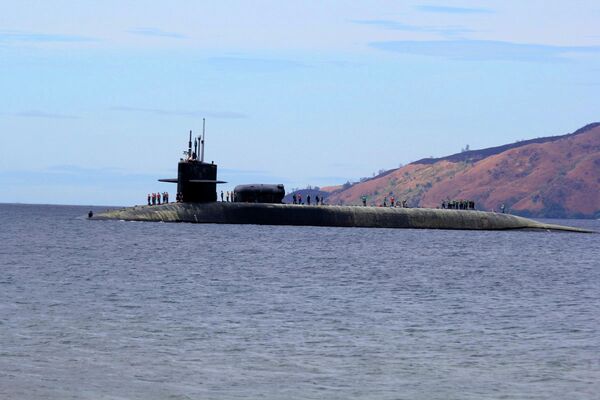 "Ohio-class subs are the backbone of the US strategic arsenal, and according to Western analysts, more than half of the US nuclear triad's striking power is hidden within their missile silos," Kotz noted. "Other advantages of Ohio-class subs are their powerful engines, capable of taking the vessel to underwater speeds of up to 25 knots, as well as its impressive 550 m maximum depth. In this indicator, the vessels are superior to other boats in their class."

In the early 1980s, the Soviet Navy received the first of the legendary Project 877 Paltus diesel-electric attack subs. Over the years, dozens of the vessels were built, and deployed with the Soviet, Russian, Polish, Romanian, Indian, Algerian, Iranian and Chinese navies.

Three Good Reasons Why Russia May Not Actually Need a Supercarrier
In the late 1990s and early 2000s, an upgrade of the popular sub, known as the Project 636 Varshavyanka class, was developed and deployed in the Chinese, Algerian, and Vietnamese navies. In the late 2000s, designers created another upgrade, known as Project 636.3. The Russian Navy has received six of these subs, with two more on the way.

According to Kotz, one of the main advantages of Varshavyanka-class is its "almost completely noiseless [operation] at low speeds," an advantage which has caused NATO to dub the vessels "black holes." In fact, the analyst noted, "as far as this indicator is concerned, only the French strategic Triomphant-class ballistic missile subs can compare to the Russian diesels." 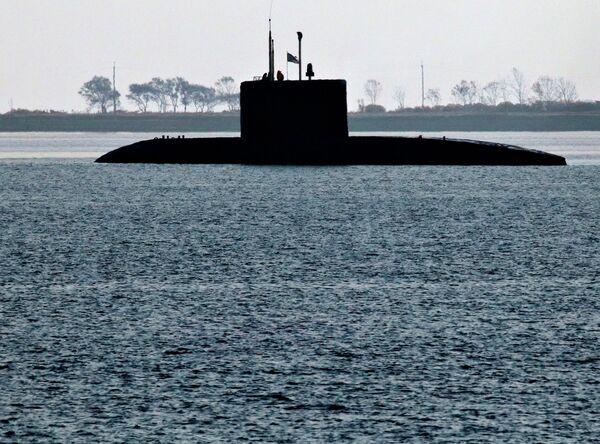 "Each of the subs is armed with 18 torpedoes and eight SAM missiles. The torpedoes are launched from 533 mm torpedo tubes which reload automatically every 15 seconds. The outstanding technical and tactical characteristics give the small fleet of Varshavyankas an excellent shot at getting as close as possible to the carrier strike groups of the probable enemy and quickly discharging all of their ammunition. Just one of its torpedoes reaching an aircraft carrier would be enough to neutralize it, leading it to tilt and making it impossible for its planes to take off into the air."

The distinction of the smallest nuclear attack submarine currently in service rightfully belongs to the French Rubis-class subs. With an underwater displacement of just 2,600 tons (20 times less than that of the Dmitry Donskoy) Rubis-class vessels are 73.6 m long, and just 8 m wide. In this way, Kotz noted, all six of the subs "can easily fit side by side on a single soccer field!" 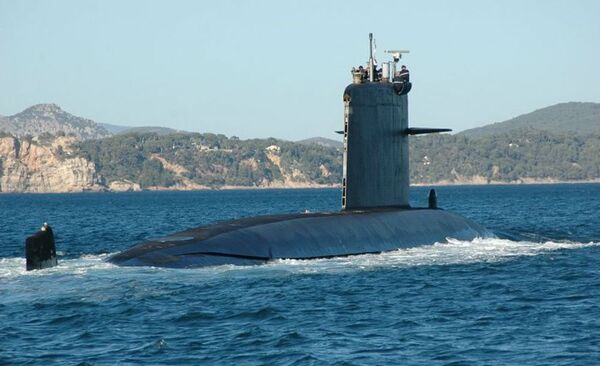 "At the same time, these subs are far from being the harmless vessels they may seem to be on first glance," the journalist stressed. "Each Rubis-class sub is armed with 14 550mm torpedoes. What's more, they can carry the latest Exocet anti-ship cruise missiles to attack surface targets. The nuclear reactor and the convenient layout of the interior allows a crew of 57 to retain autonomous navigation for a period of between 45 and 60 days in relative comfort."

The Russian Status-6 submarine-based nuke delivery drone project easily wins the status of the most mysterious submarine in the world, in Kotz' view. An image of the elusive weapons system was accidentally snapped by a camera operator in November 2015 during a meeting between President Vladimir Putin and Defense Ministry officials. Since then, the vessel has gone on to cause hysteria among the mainstream Western media, and considerable interest from military experts. 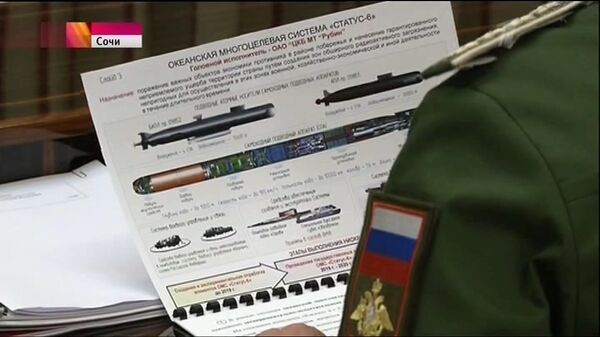 According to available reports, the miniaturized vessel will be stealthy, fast and highly automated, its main task being the delivery of a powerful nuclear warhead to the coastal area of the probable enemy. "In effect," Kotz wrote, "this sub will really be a big torpedo, capable of destroying coastal infrastructure or even causing a tsunami."

In March 2016, United Shipbuilding Corporation officials confirmed that work was under way on the unmanned underwater vehicle, which will be large enough to carry its own torpedoes.  Carrier vessels for such weapons are also under development, leading many experts to conclude that Status-6 is really code for a fifth-generation nuclear submarine whose main strike weapons will consist of these drones.