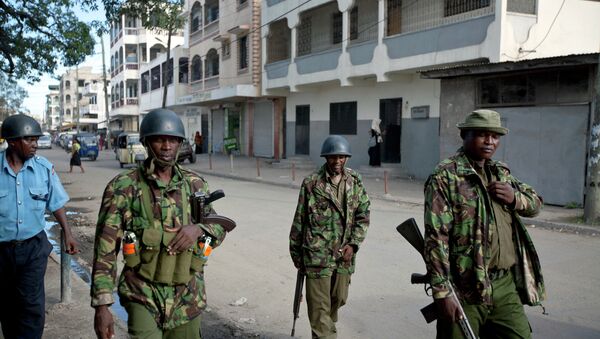 © AFP 2023 / IVAN LIEMAN
Subscribe
International
India
Africa
A man who launched a shooting attack on the residence of the Kenyan deputy president on Saturday, was eliminated by the country's police, local media reported Sunday.

MOSCOW (Sputnik) — Kenyan police officers killed on Sunday a person, who had attacked a residence of Deputy President William Ruto, after a night of shootout, according to the reports.

On Saturday, media reported that a group of armed people attacked Ruto's residence at the administrative area of Sugoi. Soon after that media reported citing police that there was only one attacker.

Africa
Oil Tank Truck Explosion Kills at Least 42 in Central Kenya - Reports
The KTN News media outlet reported that the gunman was shot dead by law enforcement officers after a shooting that lasted all night.

The news outlet added that the attacker had also held a hostage, who had been found dead.