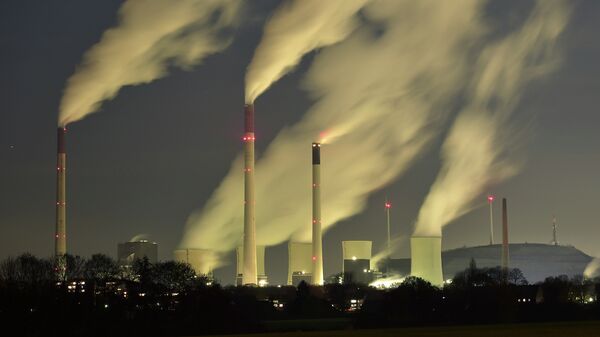 Australia to Assess Methane Emissions Impact on Greenhouse Effect
MOSCOW (Sputnik) — Fell, who was a member of the German Parliamentary Group Alliance 90/the Greens from 1998 to 2013, authored the draft of the German Renewable Energy Sources Act (EEG), which was adopted in 2000 and provided support to renewable energy producers with special "green" tariffs, compensating them for higher costs in comparison with coal- and fuel-burning, as well as nuclear, electricity generators. The latest revision to the EEG that came into effect in 2014 prescribed feed-in tariffs to be abolished for most technologies.

"Germany must come back to a modern renewable energy act, by coming back to feed in tariffs instead of tendering and auctioning. Germany as well as other countries has to make political support for combined renewable energy investment, e.g. for a feed in tariff for combined renewable investment for 100% Renewable generation, what covers the energy demand all the year every hour," Fell told Sputnik in an interview.

That investment will include automatically transport, heating, industry sector and will help to replace oil, natural gas and coal very fast, because renewable energy becomes cheaper and cheaper, Fell said.

"So we have no need for forbidding the use of fossil energy, we must only strengthen the zero emission technologies," he stressed.

Renewable energy is energy collected from renewable resources, which are naturally replenished. Its sources include sunlight, wind, rain, tides, waves, and geothermal heat.

Energy Watch Group is an independent, non-government network of scientists and parliamentarians established in 2006 to study energy-related issues.