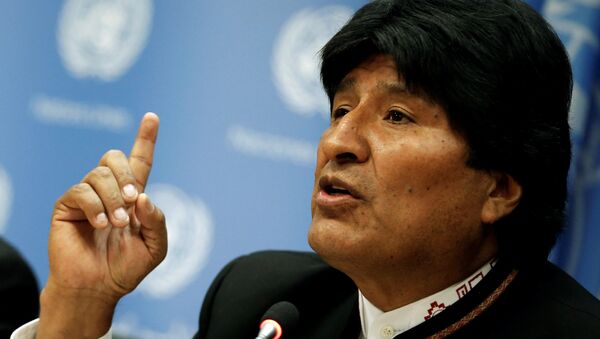 Bolivia’s President Accuses US of Preparing His Assassination in 2008
MOSCOW (Sputnik) — "The United States again seeks to impose unilateral sanctions against Russia. They contradict international law. Bolivia rejects them," Morales wrote on Twitter.

He added that by imposing such sanctions, the United States proves it is "a threat to multilateralism, international law and the United Nations."

On Thursday, the US Senate overwhelmingly approved a bill on new sanctions against Iran, North Korea and Russia, with the House of Representatives having approved the bill on Tuesday. On Friday, the White House said US President Donald Trump intended to sign the bill into law.

The new sanctions, if adopted, will boost restrictive measures against Russia, particularly against the Russian energy industry, due to Russia's alleged interference in US 2016 presidential election and Ukraine’s internal affairs.