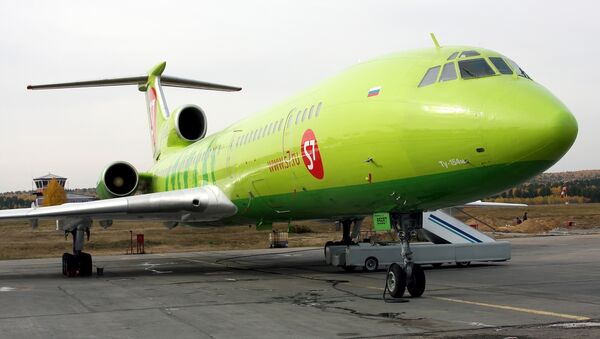 Russian Deputy Prime Minister Dmitry Rogozin said Friday that Chisinau had attempted to bar a flight from a Moscow airport with the country's delegation from landing in Moldova.

Strategic Cooperation With Russia Vital For Moldova - Moldovan President Dodon
MOSCOW (Sputnik) — Earlier in July, local media reported that the Moldovan Foreign Ministry had sent a letter to the Russian embassy in the country, saying that Chisinau would not grant permission for Russian military aircraft to fly through the country’s airspace or land in the country’s airports due to lack of necessary conditions. The letter reportedly did not name any Russian officials, but Rogozin was expected to visit the country late July.

On Wednesday, Moldovan President Igor Dodon said that Rogozin had confirmed his plans to visit Moldova despite proposals of country's authorities to cancel the visit as the delegation had reportedly planned to arrive in the European nation using the aircraft of Russia's Aerospace Forces.

"Chisinau made an attempt to deny an arrival of a flight of the S7 airline from Domodedovo, which our delegation plans to use for flight," Rogozin said on his Twitter account.

Dodon criticized his government in comments to Sputnik on July 20 over the possible cancellation of Rogozin's visit as an unfriendly move.

The incident with Rogozin's flight to Moldova was not the only one involving Russian citizens that took place during the week. On Thursday, Moldovan authorities banned a group of Russians, including those heading to Transnistria to participate in the celebrations of the 25th anniversary of the peacekeeping mission in the region, from visiting the country.