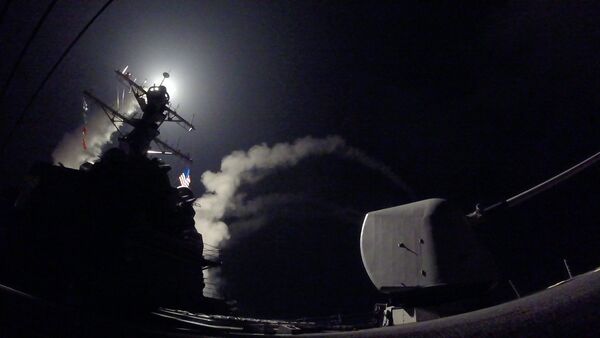 Democratic lawmakers have called on President Donald Trump to report any unauthorized use of force in Syria within two days, US Congressman David Cicilline and nine other Democratic members of the House of Representatives stated in a letter on Thursday.

WASHINGTON (Sputnik) — If Congress did not approve military action in Syria then Trump must stop using military force in the region and pull forces out within 60 days of the release of the initial report, the letter stated.

"You must report to Congress within 48 hours of any unauthorized use of force, as you did on April 8, 2017 following the US strikes against the Shayrat airfield in Syria," the letter stated.

What May Be Behind US Admiral Statement About Nuking China
If needed, the letter added, the time limit may be extended to an additional 30 days to remove US military forces from Syria.

On April 8, the United States launched 59 Tomahawk cruise missiles at the Syrian military airfield in Ash Sha’irat, located about 40 kilometers (25 miles) from the city of Homs. US President Donald Trump said the attack was a response to the alleged chemical weapon use in Syria's Idlib, which Washington blames on the Syrian government. Russia described the attack as an aggression against a sovereign state.