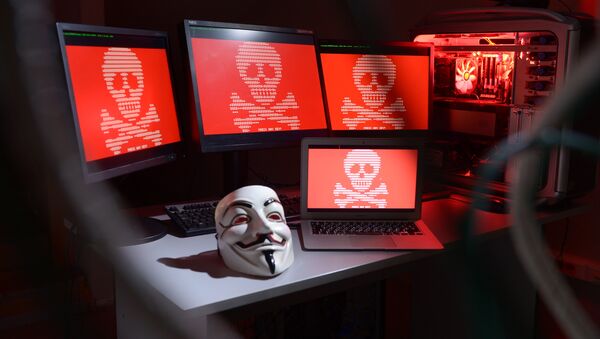 © Sputnik / Vladimir Trefilov
/
Go to the photo bank
Subscribe
The authors of the Petya ransomware managed to draw public attention to the problem of the information security and made the businesses invest in solving it.

MOSCOW (Sputnik) — The authors of the Petya ransomware, which recently hit thousands of computers around the globe, managed to draw public attention to the problem of the information security and made the businesses invest in solving it, Kirill Ermakov, chief technology officer at Qiwi group of companies, told Sputink in an interview.

"Petya is particularly interesting due to the fact that its commercial compound to extort money served only as a cover. Actually, it merely blocked the companies' work without any clear intent of its creators… But what they really manage to do is to draw attention to the information security problem and made the businesses invest in it," Ermakov said.

Ermakov noted that the accurate strategy of expansion allowed the ransomware to affect even those IT systems, which recently upgraded their security tools after a massive WannaCry attack.

Petya Attack: Cybercrime or Test-Run for Government Warfare?
"Remarkably, very few companies seriously consider the vulnerability management and processes of security software updates. This is, by the way, the basic processes, and the lack of them maintain a serious shortcoming of the IT-team in the modern world," Ermakov said.

In June, the ransomware, initially recognized as Petya, targeted companies across the world, mainly affecting organizations in Ukraine. It blocked computers and demanded the ransom of $300 to unlock them. The ransomware was later identified as a new type of malware called ExPetr.