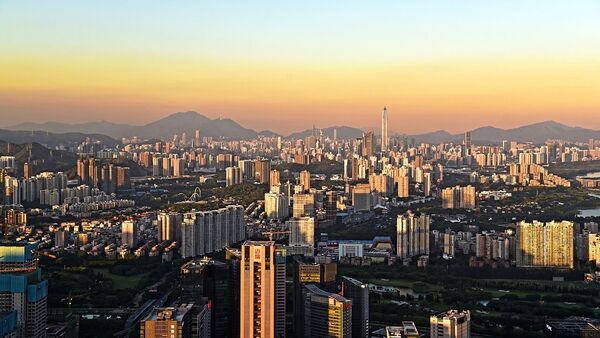 The Chinese city of Shenzhen is known for its "obsession" with high-rise architecture, as well as the speed at which its skyscrapers are erected. In less than 40 years, Shenzhen transformed from a small fishing village into one of the largest and wealthiest cities and a major financial and technological center in China.

'Made-in-China' Products Marvel the World
According to the annual report of the Council on Tall Buildings and Urban Habitat, a US-based international body in the field of high-rise construction, the total number of 200-meter-plus buildings completed in the world in 2016 was 128, and 84 of them (which is about 70%) were built in China.

Eleven new skyscrapers were constructed in Shenzhen alone, which is more than the number of skyscrapers erected in the US and almost twice as much as was built in any other Chinese city. 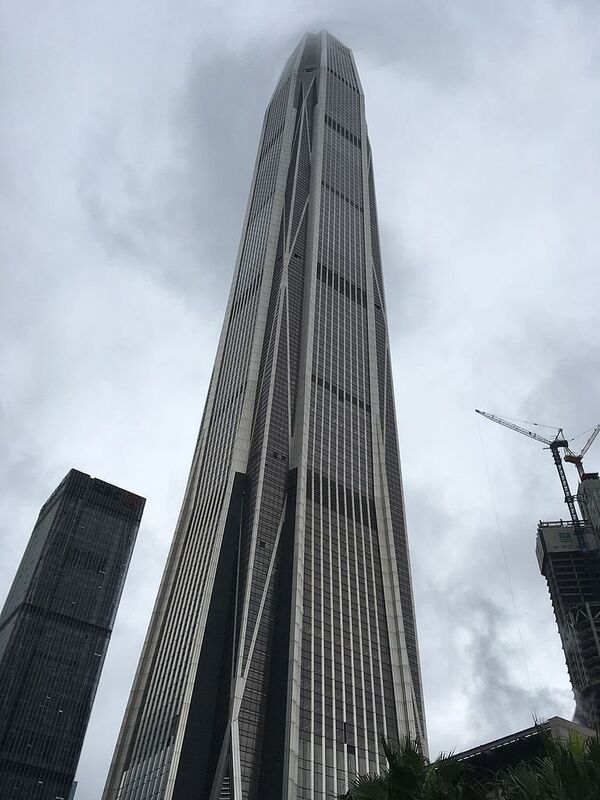 Ping An Finance Centre, a 599-meter-tall (115-storey) skyscraper, the tallest in Shenzhen, the second tallest in China and the fourth tallest building in the world.
CC BY-SA 4.0 / Wishva de Silva /

Silicon Shenzhen: China Reveals Plan to Wrest Away US R&D Title by 2049
In total, there are 49 buildings above 200 meters in Shenzhen; another 48 are currently under construction. Six skyscrapers reach a height of more than 300 meters, including the 599-meter-tall Ping An Finance Center, the world's fourth tallest building and second tallest in China that has been completed just recently.

The building boom began in this city in the 1980s, when former Chinese leader and reformer Deng Xiaoping decided to turn a small strip of land on the border with Hong Kong into a special economic zone. 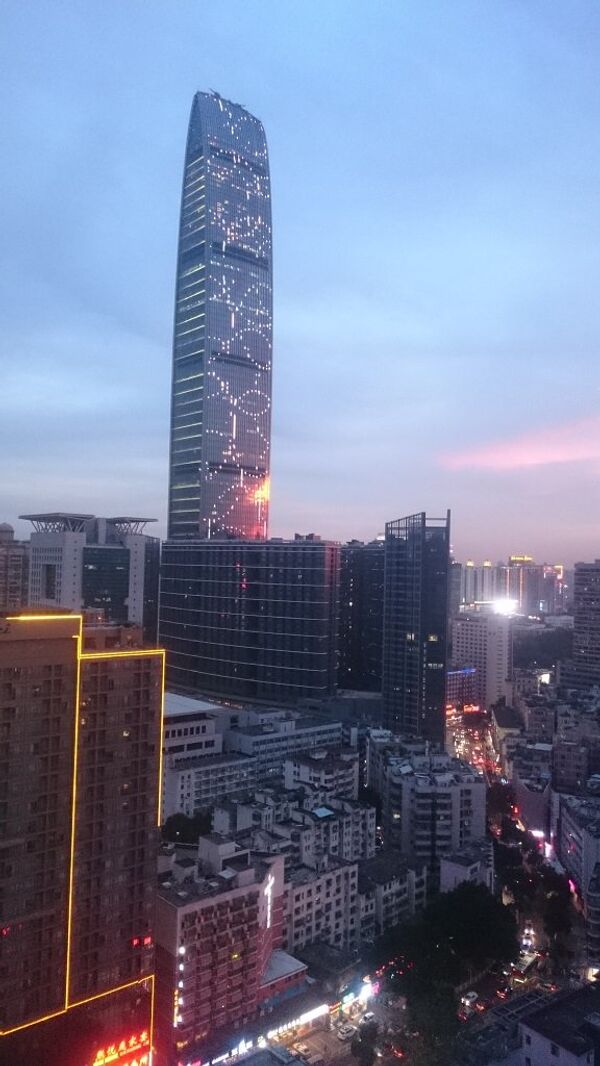 The removal of restrictions on business led to the rapid inflow of investment from Hong Kong and other regions into this zone.

University of Hong Kong architecture professor Juan Du, who wrote a book on "the making of Shenzhen," told CNN that the growing skyline is simply part of the city's DNA. 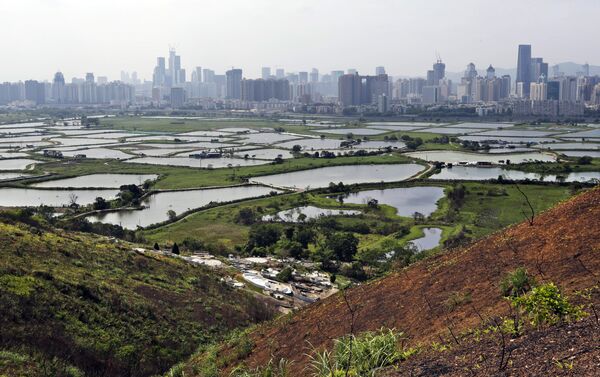 In this April 10, 2014 photo, the southern Chinese megacity of Shenzhen is visible from the hills of Hong Kong, the former British colony next door.
© AP Photo / Kin Cheung

"In Shenzhen, (skyscrapers are) really linked to the image of the city. Between the early 1980s and the early 90s, it had more tall buildings than any Chinese city," she said, adding that the first skyscrapers were erected there so quickly that it led to the appearance of the term "Shenzhen speed" — a symbol of development and progress in China.

Advantageous geographical location, as well as the development of transport infrastructure, made this "strip of land" even more desirable and accelerated its development. 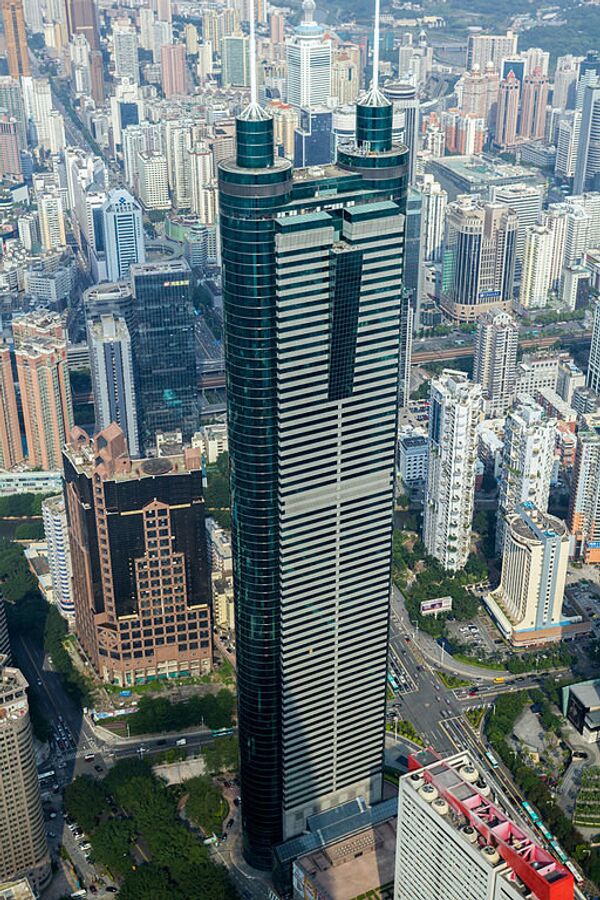 Shun Hing Square (Diwang Building), 384-meter-tall skyscraper, which was recognized the tallest in Asia by its completion in 1996. Now, it is the third tallest in Shenzhen.
CC BY-SA 3.0 / Kyman Cheng /

China Beats US in Number of Dollar Billionaires With 594 Richest People
Today, Shenzhen is often referred to as the China's answer to the Silicon Valley. The city has become a major financial center, with Shenzhen Hi-Tech Industry Park and Software Park. It is home to numerous recognizable multinational high-tech companies such as BYD (Chinese manufacturer of automobiles and rechargeable batteries), DJI (a Chinese tech company known for making drones), Huawei, Tencent and ZTE (some of the largest telecommunications companies in China).

Being the first Chinese 'Special Economic Zone', Shenzhen has extremely fertile ground for startups: there are about a thousand active startup accelerators in the city.

"It's the capital for hardware,'' Duncan Turner, managing director for accelerator Hax, told Bloomberg. "All the suppliers are here, you've got an ecosystem of both manufacturers and also critically, engineering expertise.''