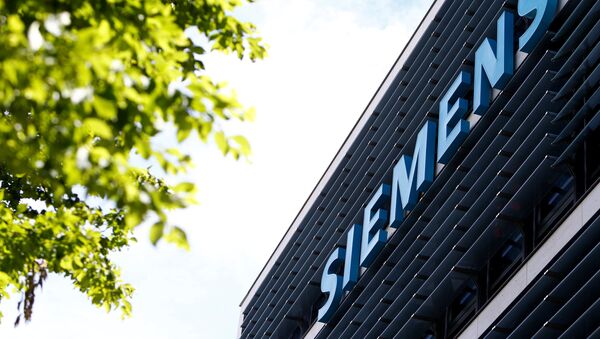 The scandal surrounding the Siemens turbines that were allegedly moved from mainland Russia to Crimea against the terms of the company's supply contract is a high-cost mistake that hampers Russia-EU relations, Russian Union of Industrialists and Enterpreneurs head Alexander Shokhin said Wednesday.

'No Critical Issues': Siemens Products Can Be Replaced With Russian Analogues
MOSCOW (Sputnik) — Earlier this month, Siemens decided to annul a power plant supply license agreement and suspend power equipment deliveries to Russian state firms after the company learned that at least two of the four gas turbines provided for a project in southern Russia's Taman had been allegedly moved to Crimea, where Russia was building two thermal plants.

"Sure, we cannot repeat the mistakes like the one with the turbines in Crimea. If the contract really provided definite localization, then these mistakes, and let us call them mistakes, come at a dear cost and affect the European Union's opinion on us [Russian businesses] observing or not observing agreements," RSPP head Alexander Shokhin said.

The RSPP head added the situation called for a scrupulous approach, based on a thorough fulfilment of the contract's provisions.

"Since, if I'm not mistaken, the turbines were produced in 2015 [after the European Union imposed anti-Russia sanctions], despite the willingness to secure Crimea's energy independence, it was necessary that [the Russian side] observed the contract terms," Shokhin said.

The European Union adopted a set of restrictive measures against Russia in response to the crisis in Ukraine in March 2014. Since then, the EU economic sanctions list has been repeatedly renewed and revised, encompassing new Russian officials and businesses active in Crimea.

Earlier this week, the German Ministry of Foreign Affairs said it was preparing a pan-European response to the Siemens turbines scandal, including a possible addition of up to four Russian citizens and organizations to the sanctions list.