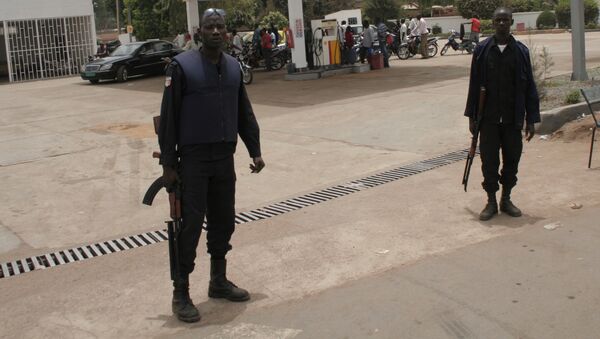 A helicopter of the German Armed Forces with two UN peacekeepers on board crashed on Wednesday in Mali, Bild newspaper reported.

Macron Wants to Play Bigger Role in Mediating Conflicts 'From Mali to Ukraine'
MOSCOW (Sputnik) — Currently, there is no information whether the peacekeepers survived in the crash that took place in the country's northeastern Gao region, Bild reported, citing a spokesperson for the German Armed Forces.

The UN Multidimensional Integrated Stabilization Mission in Mali (MINUSMA) has been deployed in the western African country since 2013.

Mali has been in turmoil since 2012 military coup, which was triggered by the government's failure to deal with a separatist Tuareg uprising in the country.

The revolt then attracted Islamist groups, including Ansar Dine, Al-Qaeda in the Islamic Maghreb (AQIM, banned in Russia) and Unity and Jihad in West Africa (MUJAO).